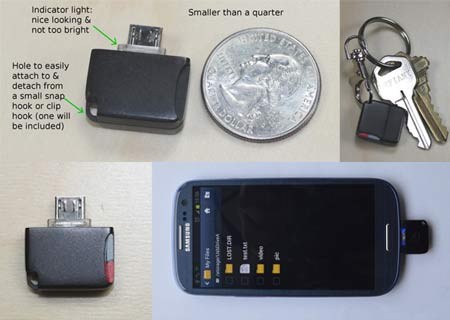 The Mini MicroSD Reader for Android project has gone up on Kickstarter for funding, allowing tablet and smartphone owners to add-on extra hoarding capacity through external means. As the name suggests, the gadget supports this particular type of memory cards and it will only work on specific devices.

As most are aware, Google-branded mobile hardware comes only with integrated storage. The main aim of the makers in question (Andy and Rich) is to add microSD expandability to the Nexus lineup which includes the Samsung-made smartphone and tablet as well as the 7-inch Asus slate. Not only these, there are various other devices that will play nice with the gadget. For it to work, USB OTG support is needed on both, hardware as well as software. 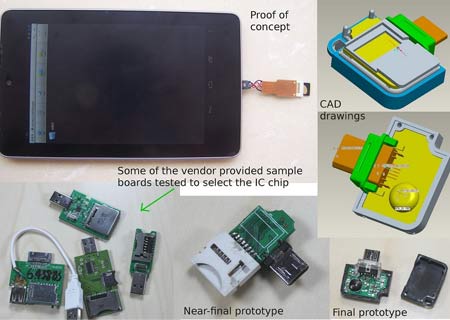 For instance, the recent Android flagship designed by LG isn’t compatible with the gadget as the necessary feature seems to be disabled is the OS. The designers have expressed the hardship they’ve encountered in finding a USB IC chip that will work with a plethora of devices and currently, there’s a host of supported ones which have been divided into 3 groups after testing. Class 1 is where the card reader is compatible out of the box, while the second class would require third-party software which is easily acquirable through the Play store, to access files.

Coming to the last group, users here would need to have their Android-powered device rooted and a custom ROM installed. The Galaxy S2, S3, Note and Note 2 from Samsung along with the new Motorola Razr family and the HTC-made One X+, Evo 4G LTE as well as Droid DNA fall in the first category. Even tablets powered by RockChip and AllWinner SOCs are classified as class 1. Nexus-braded devices take up category 2, whereas the Nook Color and Kindle Fire are filed under class 3.

The Kickstarter page also denotes that chipsets such as the Qualcomm Snapdragon, Samsung Exynos 3 and later, Nvidia Tegra 2 and 3 as well as TI OMAP fall under in the compatibility list. Coming to the design, the card reader is compact measuring smaller than a quarter. It offers an indicator light and can be clipped onto a keychain or backpack amongst others. Supported cards comprise of MicroSDHC (up to 32GB) and MicroSDXC (64GB max). 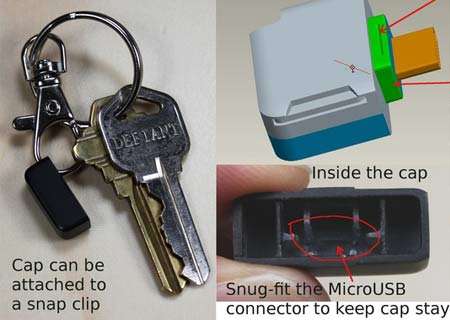 Those interested in the Mini MicroSD Reader for Android can pledge their support on Kickstarter. At the time of writing this article, the goal of $5,000 had already been meet with 1,199 backers providing a total of $14,416 in funds. For a price of $12, potential customers can order a unit, with a release date scheduled for July 2013.