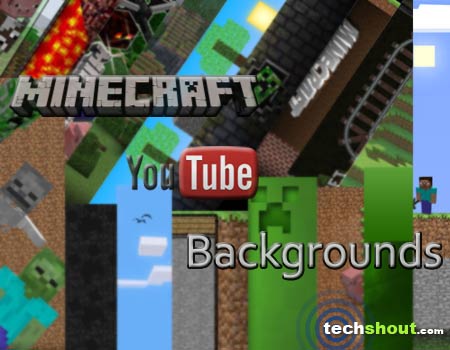 Minecraft YouTube backgrounds add that extra oomph to your channel. The video-sharing website which sports a plain backdrop can be spiced up by employing a host of different wallpapers. There are plenty of fan-made options available out there as well as tutorials on how to make your own. Well, if you’re a true fan of the ‘blocky’ video game that took the world by storm not too long ago, then you’ll definitely want to endow a Minecraft-inspired setting to your channel. And you can do so almost immediately by picking out a suitable one from among the following. 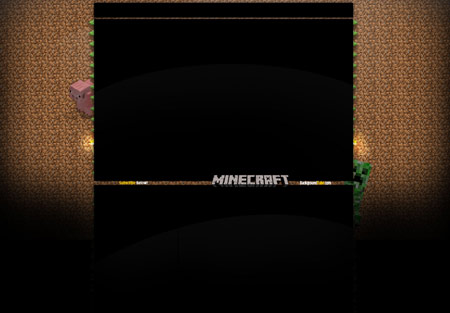 As the architect reveals, this layout is ‘sure to satisfy the creative builder in all of us.’ This particular backdrop hits the scene complete with a pig and creeper peeking out from either side of the dark shroud. This duo is slapped across a complete dirt backdrop with slight hints of grass and torches. What’s more, it also features a ‘subscribe now!’ text on the left-hand side of the image. 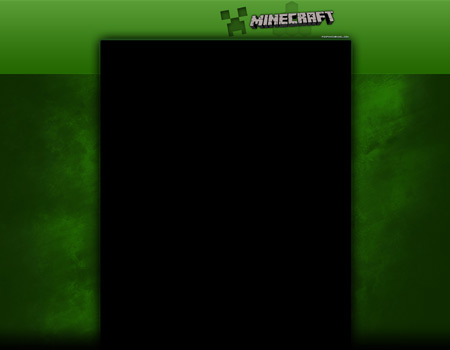 By splashing this wallpaper across your channel, you’ll see that ‘green is definitely in.’ It’s the color that the Hulk, the Teenage Mutant Ninja Turtles, a handful of zombies and more to closer to home, the hostile creepers prefer to be dressed in. Fashioned for YouTube partners, this backdrop oozes with shades of the emerald and jade sort.

RELATED: How To Make Terracotta In Minecraft 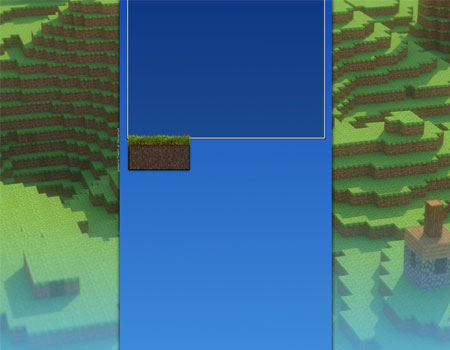 Mountains made up solely of grass blocks are what you can expect to see adorning either side of your screen. This serene picture is further complemented by shades of blue and a small grass patch. 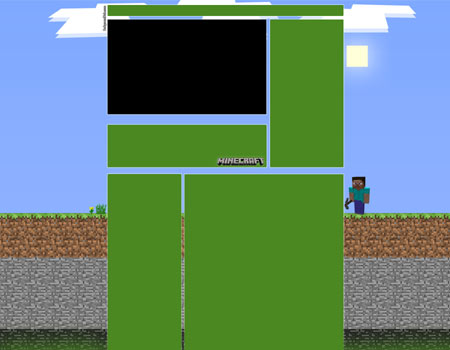 One glance at this interesting entrant in our YouTube backgrounds roster and all your subscribers and visitors will surely exclaim that they’ve stumbled upon a true-blue fan’s YT channel. It comes packed with cobblestone, dirt, bedrock and of course, the iconic human miner with the pickaxe.

ALSO READ: Minecraft House Ideas For Your Next Build 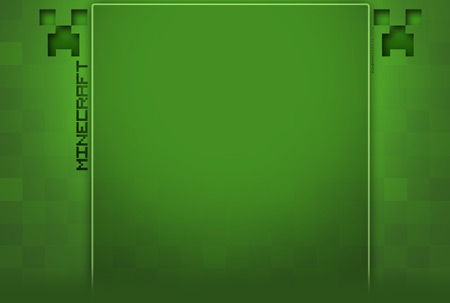 Those who simply can’t get enough of the mean greens can take a look at another type of wallpaper that’s painted with the jade shade. As the name reveals, it features the face of the dreaded creeper creature sitting atop a largely pixilated green backdrop. 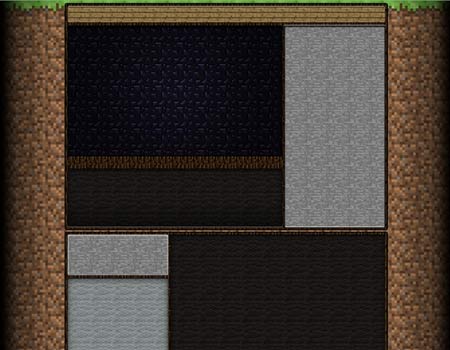 This is a fairly plain background that includes all sorts of materials such as dirt, stone and bricks. You can further edit it by adding text along the borders of the picture, or maybe even your very own logo. 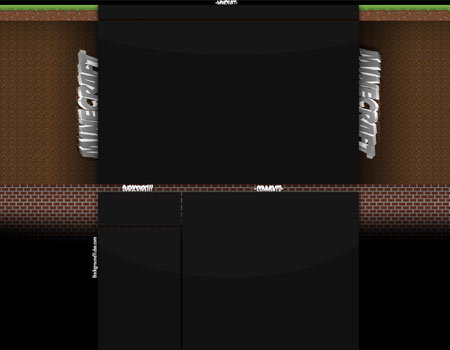 Here’s some more brick types and dirt to take advantage of. This one comes bundled with the games name etched on either side as well as ‘comments’ and ‘subscribe’ text bits.

RELATED: Is Minecraft Cross-Platform? Yes, Here’s How To Crossplay 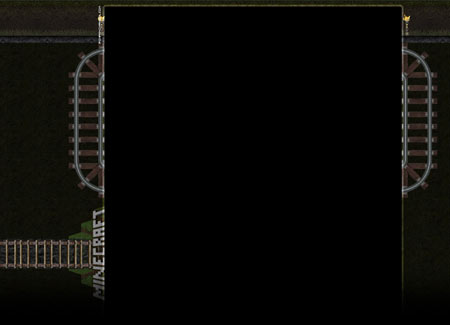 As the maker states, this wallpaper is created using high-quality textures. It’s further littered with railroad tracks that run all along the sides, and are seen flanked by a couple of torches. 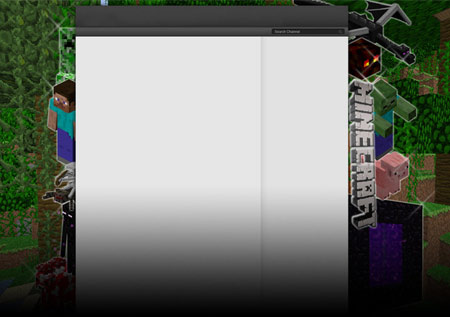 It’s a jungle out there. And we’ve included the blocky version of it into our YouTube background roundup. Set across a wild chunk of greenery, the wallpaper also features a pig, human, zombie, creeper and others. 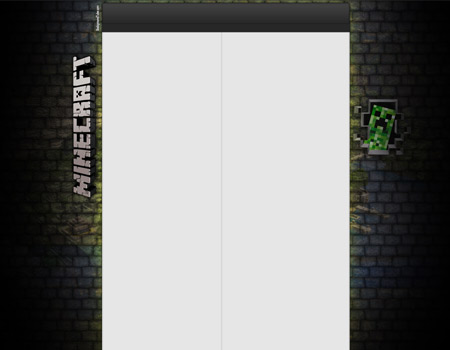 Just as the name suggests, this backdrop shows off a wall that’s made up of bricks. It further sports hints of the games’ world that’s sprayed on in some sort of graffiti form or style.

RELATED: How To Make Terracotta In Minecraft 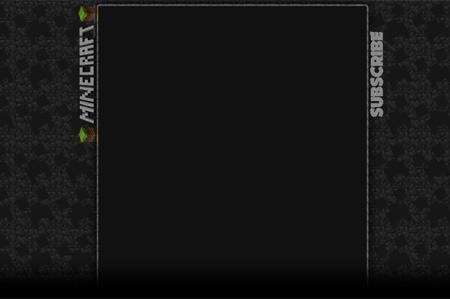 Here we have another wallpaper option that has ‘creeper’ written all over it. You’ll be able to see creeper faces carved right into the stone wall. There’s also the game logo situated along with the side panel. 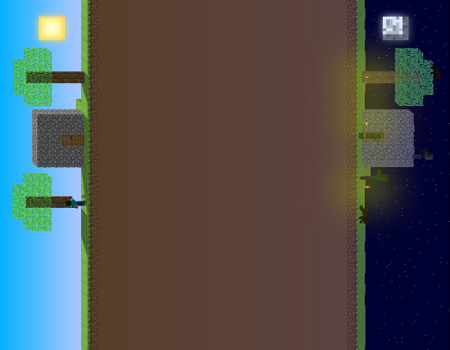 Watch as the sun and moon make their presence felt across your YouTube channel. By day, it’s a humble dwelling but by night, you can see menaces like creepers and skeleton coming out to play. 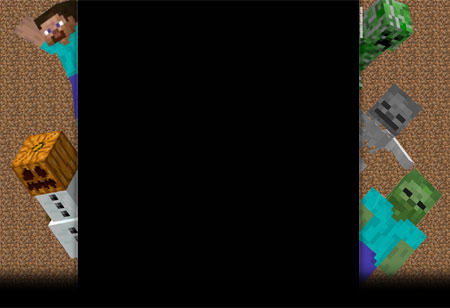 There’s more dirt to be had right here. And besides just slapping together some browns, the developer has also taken the liberty to litter a few recognizable characters across the picture. This inclusion in our YouTube background array features nasties like a creeper, skeleton and zombie peering out from behind the black curtain. 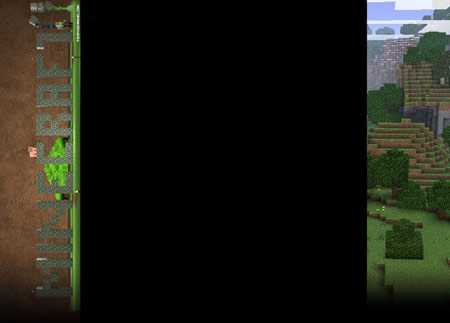 Here you get to espy two sides of the game world. While on one surface you have the logo of the game built using rocks, the other one displays a whole blocky valley complete with a waterfall, bushes and mountains. 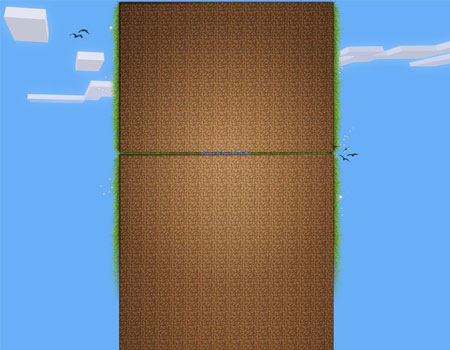 The sky is the limit here. You’ll be able to see wide expanses of the blue heavens spread across your screen along with grass blocks in the middle. You can also espy a few birds and blocky clouds in there too. 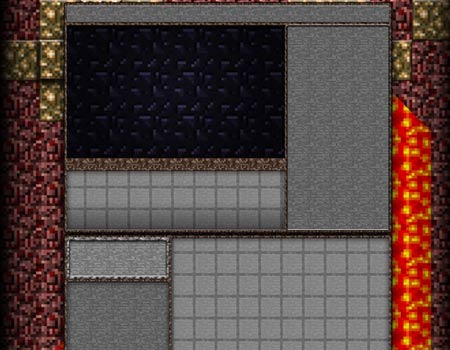 Stone textures and the like have been used to create this backdrop. Developed for non-partners, this contender includes an interesting amalgamation of lava, bedrock and gravel. 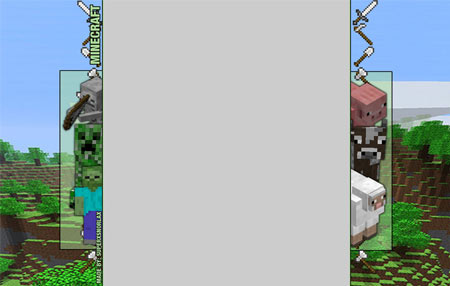 Do the enigmatic game characters enthrall you? Well, then why not check out what this particular one has to offer? There are iconic figures like a zombie, creeper, pig, cow and sheep spread across a bright backdrop. There are also shovels, axes, hoes and sword strewn out here.

The sandbox indie title created by Swedish programmer Markus Notch Persson has no doubt, invaded not only the online terrain but plenty of hearts and fingers of players everywhere. And its influence definitely extends beyond just the gaming confines. And as we can see, it has already penetrated into the video sharing portal as well. Employ any of the aforementioned Minecraft YouTube backgrounds and garner the awe of all your subscribers. And don’t forget to leave your worthy mentions in the box below.