Minecraft challenges can add hundreds of fun hours to the game when you’ve lost interest in the vanilla mode or just want to try something different. Don’t know where to start? Let us help you.

Before we begin with our list, you should know that few of these challenges require the use of mods. So you need to install Forge if you want to attempt each and every one of them.

This is pretty straightforward. You probably haven’t missed the option in the menu that is used to turn on this mode. Hardcore is a third, separate mode like creative and survival mode. But it has a catch.

If you die, that’s it. Game over. You can’t respawn and you lose all your progress. The world you built is erased forever. What makes this even more challenging is the fact that you cannot change the difficulty in this mode mid-game. It’s always on the Hard setting. 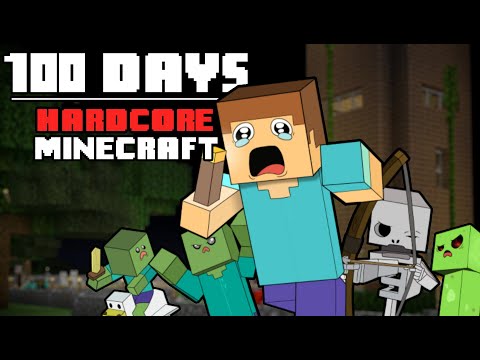 Beating the Ender Dragon in this mode is extremely difficult. You have to make use of all the tools that Minecraft provides which include the potions, enchantment system and food buffs, and acquire the best armor in the game before you face the final boss.

You should enchant all your armor pieces with Protection V and Blast Protection as well. And when mining for resources to stay alive, keep in mind the golden rule — never dig straight down, lava is more common underground than you think.

HermitCraft’s single chunk map puts you on a 16×16 randomized chunk with basic survival materials. Despite the bland appearance of this land, you’ll find everything you need to get started and eventually take on the Ender Dragon.

A small cave, lava and a couple of trees will be visible without you even searching for it. The Nether realm and the End should be accessible with the resources on this chunk. 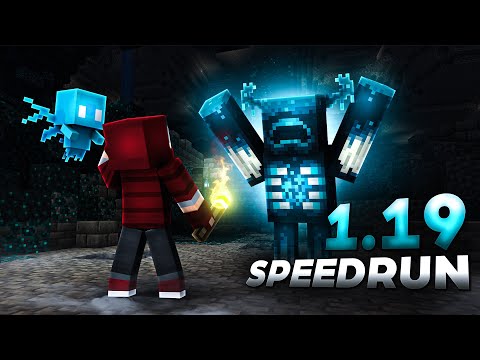 This is your standard speedrun challenge usually seen completed in other AAA games. Beat the game in the lowest time possible. There are two ways to do this: random seed and custom seed challenges.

Random seed: You have to let the game decide the seed for you and try to complete this challenge on this AI-generated world.

Custom seed: You can insert the seed number yourself. These seeds are tailor-made so that everything you need to beat the game is in very close proximity to the spawn.

Also, the locations of the End portal, Nether portal and villages are already known to you (or you can find them on Chunkbase). You can search for speedrun seeds on the Internet and try them out yourself. Both customized and randomized seed speedruns have different leaderboards. The latter will obviously be more of a challenge. So you can try that if you’re up to it.

The current world record as of 2022 for random seeded worlds is clocked in at 9 minutes and 8 seconds (in-game time). The margins of speedrunning get narrower every year. In 2020, the record was 14 minutes.

If you want to know more on how to become a Minecraft speedrunner, you’ll find that Reddit and YouTube are amazing resources on the topic. 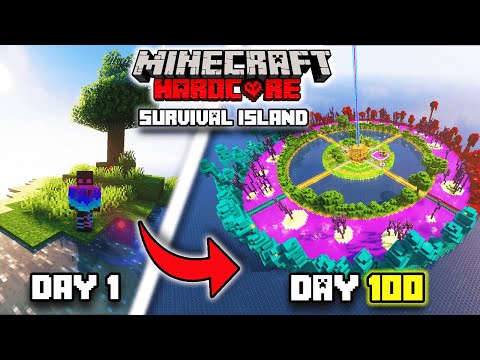 As the name suggests, you start off on an island. You are not allowed to venture out of the island to the mainland. Whether you want to collect resources or want to explore a little, you have to do it within the boundaries of the island itself.

You could dive under the water and find a cave if you’re lucky. An experienced Minecraft player knows what to do in a mode like this, but it would still be a challenge worthy of a try.

In this Minecraft survival mode, you basically roleplay as a villager. You aren’t allowed to make any other settlements and your only base of operations would be your starting village.

You can trade with other NPCs in the area while you upgrade your rural land into a city worth boasting about.

Your secondary objectives are to make sure your townsmen aren’t killed by mobs and to ensure that food is available in suitable quantities depending upon the population.

6. War Of The Worlds 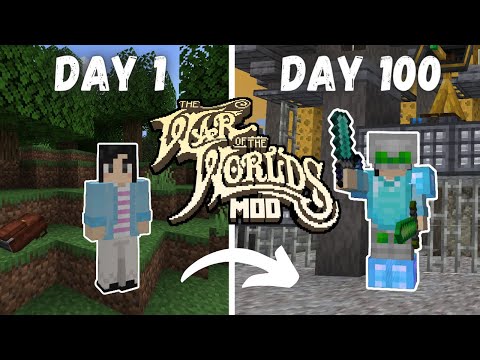 When the standard fare of the zombies, creepers, shulkers, Ender dragon and other hostile mobs don’t feel challenging enough for you, check out the War Of The Worlds mod.

You can go at it alone, or play with friends as you defend your base against a Martian invasion while crafting cool new weapons and beating back an alien infection that’s turning your planet red.

If you’ve been in the community long enough, then there’s no way you would have missed hearing of Skyblock — especially if you’ve played on any of the multiplayer servers in Minecraft. There’s a Single player version as well.

Skyblock basically drops you off on a small floating island in the sky. You’re given a chest that contains all the tools required to make a cobblestone generator.

Other items in the chest include a full set of leather armor, an apple and maybe a sapling too. It really depends on the server you play on or the mod you download. 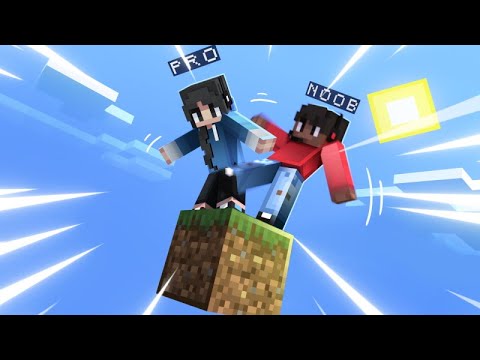 This mod takes Skyblock and bumps it up a notch. One Block spawns you on a single block floating in the sky. Your primary objective is to mine the block repeatedly and each time after breaking, it gives you basic resources which you can use to expand your island.

The more you mine, the better items you get. There are phases in which the block transforms into mobs, chests and better blocks.

Say goodbye to basic storage tools as the Nomad challenge requires you to be on the move without using chests. You can only use your inventory tab and the 36 total slots that it provides to store items.

You’re allowed to rest in a dwelling at night. If you want to stay away from hostile mobs the next night, you have to create another small house from scratch in a place that’s at least 10 chunks away. This is truly the ultimate Minecraft nomad experience.

One of the most interesting yet challenging aspects of Dishonored was the option to beat the game without killing anyone. The Pacificist challenge in Minecraft is exactly that.

You’re not allowed to kill anything to survive in the game. Whether it be passive or aggressive mobs — you cannot harm them. That applies to enemy mobs and animals as well. So, you’ll have to be a handy farmer and grow crops to get food.

Since the game doesn’t have any stealth mechanics besides the invisibility potion, it is advisable to return to your base before nightfall. 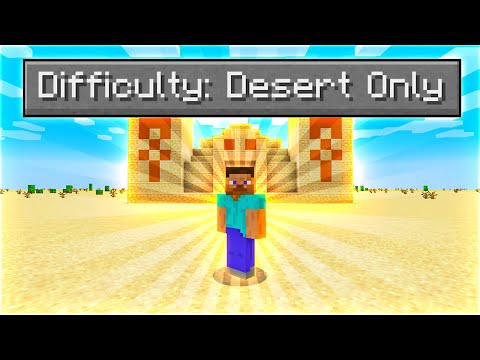 If you want to start this challenge, you don’t need any mods. All you have to do is select the Single Biome option in the World Type settings when you create a new world.

As the name suggests, you’ll have to live in a single biome for the entire time.

To make it more of a challenge, try a barren biome as these types of environments have limited resources.

This dare makes Minecraft a dizzy race by forcing on you the end goal of beating the Ender Dragon within a 100-day time limit. What makes it an even greater challenge is that you have to do it in Hardcore mode.

This means you’ll only have one life. If you die, you’ll have to do it all over again. We’d like to remind you that the mode is always set to the Hard difficulty level. Our advice is to make it to the End and fight the Ender Dragon on the 99th day. Even if you feel like you’re up to the task at day 80, make use of all the time this challenge grants you.

You can take extra precautions like getting the totem of undying, crafting a bunch of golden apples and brewing suitable potions. You’ll have to prepare in such a way that you find and activate an Ender portal somewhere before the 90-day mark.

What Is The Hardest Minecraft Challenge?

The 100-day hardcore challenge is the hardest one to complete, in our opinion. However, if you’re feeling highly competitive, the absolute toughest achievement in Minecraft is to beat the random seed speedrun world record.

How To Get Into Mr. Beast Minecraft Challenges? 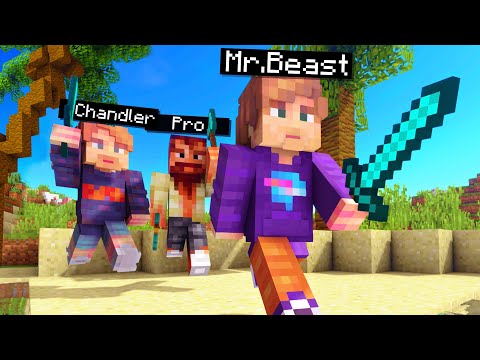 Go join up the Mr. Beast Gaming Discord server. Read the rules and try not to break any of it. Head to the ‘How to play’ section and follow the instructions there.

You will have to fill in a Google form as a part of the registration process. From that point on, it’s all up to luck.

The discord server staff will post the details of upcoming events. So make sure you turn on the notifications for the announcement channel.

A member of the discord staff pointed out that the chance of getting selected for an event was 4.88%. You’ll be picked from thousands of other Minecraft players, after all.

Which Minecraft Maps Give Loot Boxes For Completing Challenges?

You can’t get loot boxes for completing challenges in the vanilla version of the game. You can download Minecraft mods that do that. There are plenty of Loot-box map modification files on Planet Minecraft.

If you’re bored with vanilla Minecraft but don’t want to try any Minecraft challenges right away, you can have fun tweaking the settings when you create a world. Amplified world, flat biome and other selections are available as the standard game options.

You can also install shaders or data packs that give the world a different feeling entirely. Some of the high-res shaders are beautiful and make everything look stunning. Be warned though — these graphic enhancements are bound to be very CPU-intensive.

Imagine our surprise when our GTX 1660Ti, which can handle almost everything we throw at it, was only able to render a high-res shader at 20fps.

If a high-res version doesn’t work for you, there’s plenty of shaders that offer almost similar graphical enhancements while being less-resource intensive.