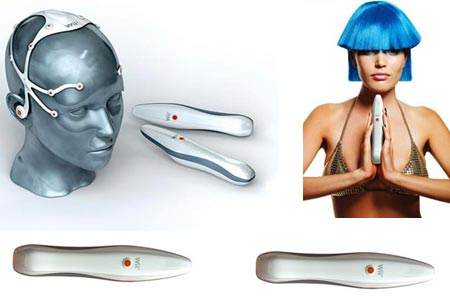 The day is not far away where we can control the games by merely using brain power. Welcome the futuristic gadget of the future which is the Mind-controlled Nintendo Wii.

Set to arrive in 2010, the Mind-controlled Nintendo Wii will listen to what you mind wishes to do and respond accordingly with the gaming console. The device uses brainwaves to control characters and has an in-ear headphone which helps in controlling the game.

The Mind-controlled Nintendo Wii also utilizes a streamlined Wii Remote which uses only one button for controls. This looks like we have surely reached the new era of gaming which will no longer listen to your fingers but work upon brain waves. The gadget is still ‘in-the-making’ process and we hope to get hold of this ultra-cool and ultra-techy gadget as soon as possible.