The MIDIA InkPhone by Onyx is an eReader that doubles up as a smartphone and unlike the YotaPhone, lacks a second LCD screen. A prototype of the device was showcased at the CeBIT 2014, held in Germany. If the company is to be believed, then the gadget is capable of staying charged up for about 2 weeks on a single charge.

As Engadget mentions, the device has especially been designed for users who seek an extra long power life or wish to have an eReader which can double up as a phone. The gadget can go on for two weeks straight, even though it is fueled by a 1800mAh battery. And the credit for this goes to a 4-inch E-ink display that does not consume a lot of energy. 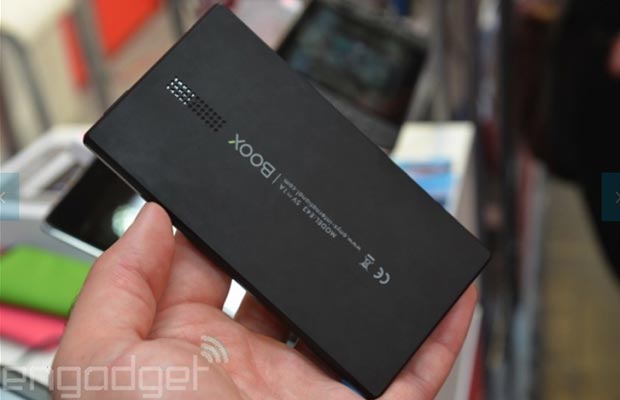 Considering that the Android-based InkPhone lacks a high-resolution screen, its internal components are also not that advanced. So it is driven by a Rockchip CPU and low RAM. A camera is not likely to be present on the device and it will contain merely 4GB of onboard storage, however, the latter is expandable by up to 32GB using a microSD card.

Engadget reveals that the handset can work efficiently in the eReader mode, but it is not that great in the other areas. The InkPhone lags and requires users to manually load the APK file, if they wish to install an application on it. We are not expecting it to be compatible with most of the reading apps either. 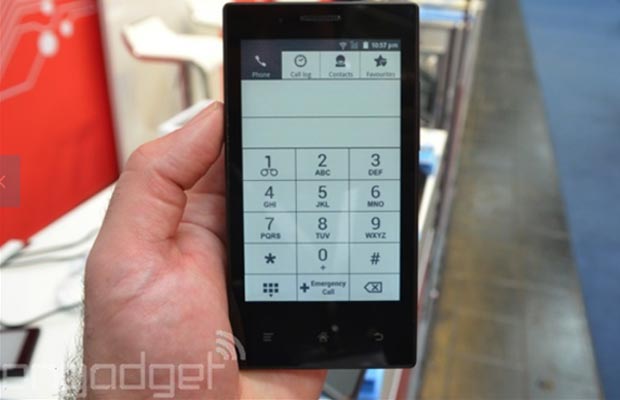 The MIDIA InkPhone will hit mass production this month and will start retailing in Germany and Poland sometime in April for €140.