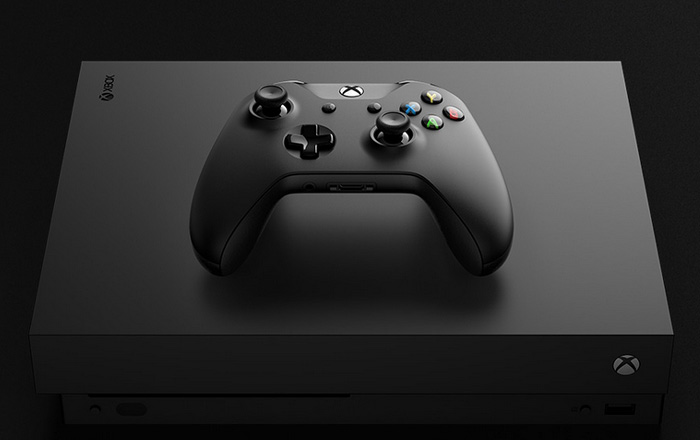 Microsoft’s officially unveiled the Xbox One X, touting it as the world’s most powerful console and the smallest Xbox ever. The device has been fuelling rumor mills for months under the name Project Scorpio and has finally come to light at the company’s E3 conference.

The Xbox One X was announced at the event alongside 42 upcoming titles, 22 of which are exclusive to the console. The latter group includes Sea of Thieves, Forza Motorsport 7, and Crackdown 3. In welcome news for fans, Microsoft has announced an Xbox Backward Compatibility program to allow people to port their older Xbox 360 games to the newer device.

Even existing Xbox One accessories will work with the Xbox One X. The offering is geared towards seamless 4K gaming, with the brand asserting it’s 40% more powerful than its rivals. There are 6 teraflops of graphical power within the compact black box, higher than the PS4 Pro’s 4.2 teraflops.

An 8-core 2.3GHz custom AMD CPU complements the GPU, while advanced liquid cooling and a supercharger-style centrifugal fan keeps things cool. Microsoft’s equipped it with 1TB of HDD storage, 8GB of flash memory, and 12GB of GDDR5 graphic memory at a bandwidth of 326GB/s for shorter load times.