Microsoft’s Windows 8.1 update is good for mouse and keyboard users

Microsoft’s Windows 8.1 update is the company’s attempt to win back all the fans it lost when it started concentrating on mobile so much, the traditional desktop experience was sorely compromised. The tiled interface was difficult to get adjusted to for most people and having important functions like the Power button hidden from view did nothing to help.

For many of those moving from an older version of Microsoft’s OS to the newer one, it was a jarring experience. Then there were those folks who chose to stick to the OS they were using rather than deal with the touch-centric mess that was Windows 8.1. 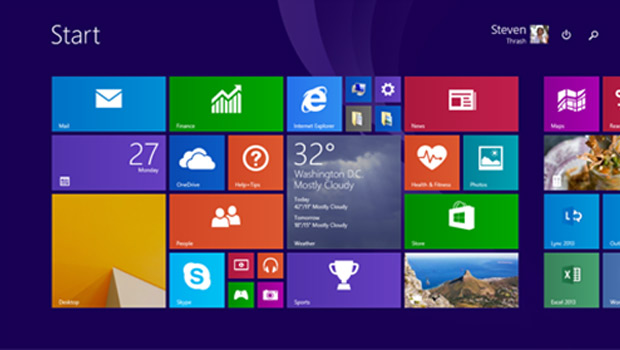 Thankfully, the tech giant has decided to fix this with the Windows 8.1 update announced at the ongoing BUILD conference.

– The Power and Search buttons are now easily visible on the upper right corner of the Start screen.

– The good old taskbar appears if you hover your mouse around the bottom area of your display.

– Close and Minimize options are back on Windows 8.1 apps. We don’t know why they were done away with in the first place.

– You can pin desktop applications, apps from Windows Store and your favorite sites to the taskbar.

– Select devices which are non-touch can boot to desktop mode as the default setting.

The Start menu that mouse and keyboard users are familiar with will not be arriving with the concerned refresh. However, it’s not like you need to wait for Microsoft to help you out with that.

Windows 8.1 users will be able to download the update for free on April 8.