It’s no secret that Microsoft is currently in the middle of developing two advanced Windows 10 smartphones codenamed Talkman (Lumia 950) and Cityman (Lumia 950 XL). We have only been hearing faint details about their features till now, but it’s the first time that we’re getting to see images of these two puported devices.

The handset in black is allegedly the Lumia 950, while the one in blue is the larger Lumia 950 XL model. Microsoft has reportedly equipped them with 5.2-inch QHD and 5.7-inch QHD displays, respectively.

These images have come via the ever so reliable @evleaks Twitter account, while there’s even a third image showing the Cityman device attached to some kind of an accessory. This image has been published by DrWindows.de, according to WMPoweruser which has pointed out that the accessory could be meant for Windows 10’s Continuum feature which allows you to connect a large display to your phone in order to turn it into a full-fledged desktop PC. 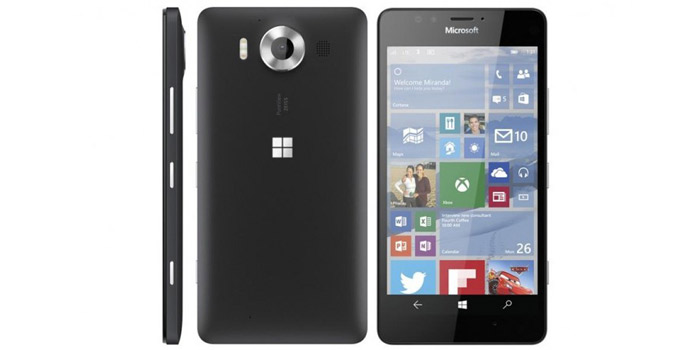 Both these advanced smartphones are rumored to come fitted with iris scanners for adding a layer of security to their offerings. The Talkman and the Cityman are even believed to ship with USB Type-C connectors onboard. 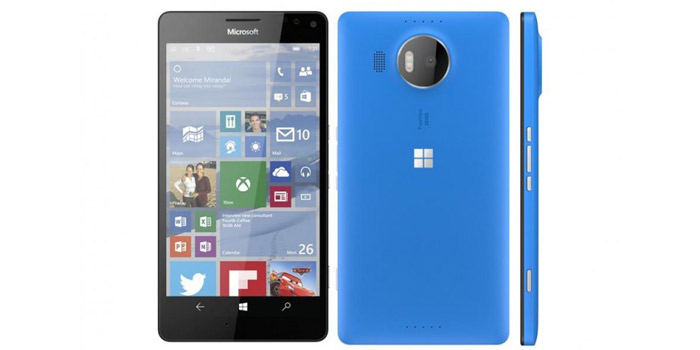 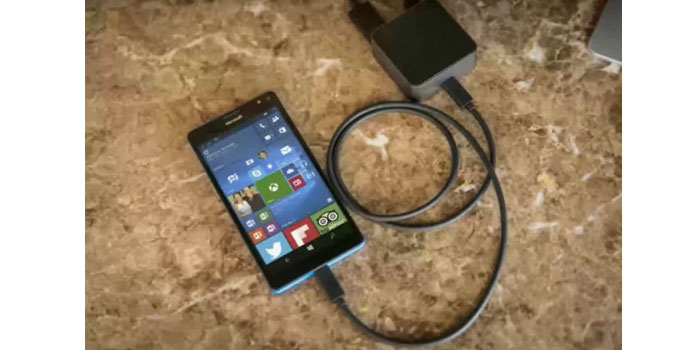 We’re not quite sure about when Microsoft intends to unveil its new Talkman (Lumia 950) and Cityman (Lumia 950 XL) handsets, but we’ll make sure to bring you all the crucial details related to them; so stay tuned.