Microsoft has unveiled a new accessory for its Surface lineup, the Power Cover, which comes with a battery that’s embedded within a classic keyboard design. The attachment not only juices up the tablet and enables quick text input, but also acts as a protective cover for the screen.

According to the information provided, the Microsoft Surface Power Cover can deliver up to 70% more battery life, albeit there’s no word on the capacity of the internal power pack. What we do know is that the accessory will play well with the Surface 2 and Pro 2 models as well as the previous generation Pro version. This attachment comes with various interesting features. When the keyboard is flipped to the rear, the buttons are automatically disabled and when you close it by covering the touchscreen, the display goes off to extend battery life. 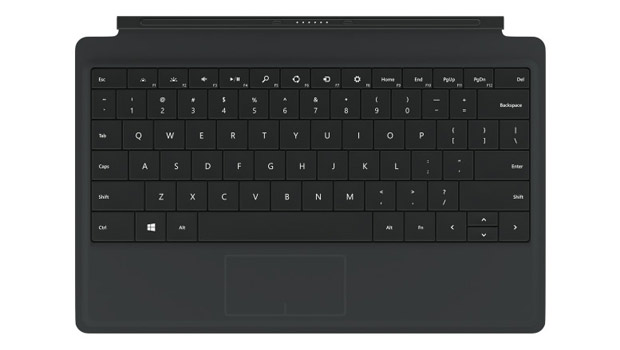 The Microsoft Surface Power Cover has a traditional laptop keyboard design. It tags along a trackpad and also features Windows shortcut keys, media controls as well as Function buttons on the top. The accessory is 9.75mm thick and it weighs 0.55 pounds. The keyboard cover connects to the tablet via the magnetic strip and it has a build-in accelerometer. In recent news, Microsoft is close to launching the Surface 2 Windows RT slate with 4G LTE connectivity. The tablet will arrive in the US through AT&T.

Microsoft notes that the Surface Power Cover can be pre-ordered through its online store in the US. The accessory is tagged at $199.99 and it will ship on March 19. What’s more, it’s being made available in a single shade (black) only.