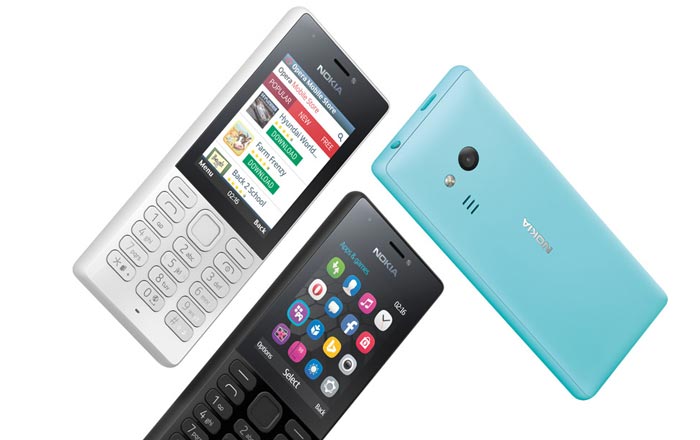 In a surprising turn of events, Microsoft has released a brand new feature phone dubbed the Nokia 216 Dual SIM. The offering will hit India on October 24 priced at Rs 2495.

The fact that Microsoft’s still pushing out handsets under the Nokia brand name is unexpected given that it had previously announced that it was selling its feature phone division to Foxconn subsidiary FIH Mobile. The device may well be the last Nokia-stamped product it produces before the new owners take over.

Taking a closer look at the Nokia 216 Dual SIM itself, the phone is on the lower end of the scale and boasts of basic specs. The highlight of the handset is its 0.3MP selfie camera which comes accompanied by flash. There’s even a Selfie shortcut on the main menu screen for easy access. Even its 0.3MP fixed-focus rear snapper offers LED flash, in addition to video recording and 2x zoom.

Microsoft’s equipped the handset with a 1020mAh battery which it claims can last for 19 days of standby time and 18 hours of 2G talk time. Interested buyers can stuff up to 32GB of room via a microSD card for their storage requirements. They’ll also be getting a free Gameloft game every month for a year.

Here’s a quick summary of the top specifications of the Nokia 216 Dual SIM: