Just when we thought that we’d be getting a break from cheap Windows Phones from Microsoft, the company surprises us with the brand new Lumia 540 handset. The device has a retail price of under $150 which makes it super affordable and the best part is that it offers mid-range features.

The Microsoft Lumia 540 is a dual SIM release and it comes loaded with the latest Windows Phone 8.1 OS including the Lumia Denim update. It can be considered as a beefier version of the Lumia 535 as it offers a very similar design with better hardware. 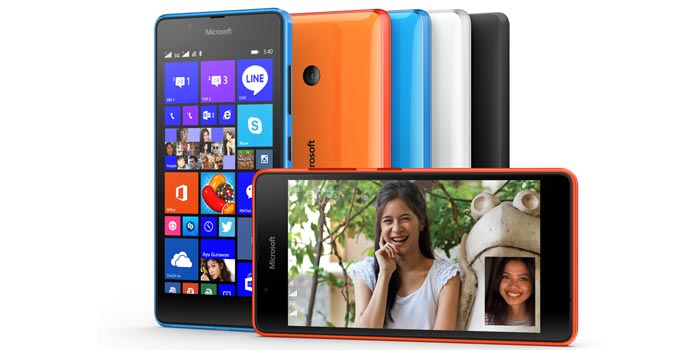 The traditional Lumia look is flaunted here, but the sides are coated with a slightly darker shade to deliver an appealing look. And while the display size is the same 5 inches as on the 535 model, the resolution has been bumped to 1280 x 720 pixels. The processor, however, has remained untouched – A 1.2GHz quad core Snapdragon 200. And there’s no change to the front selfie camera which is rated at 5MP, either.

Also read: HTC and Microsoft are working on a new Windows 10 device

But on the rear, you’ll be treated to an 8MP snapper. Sadly, there’s no LED flash accompanying it. Microsoft has also thrown in a 2200mAh battery that’s estimated to deliver up to 24 days of standby or around 14.8 hours of talk time on 3G. There’s no LTE connectivity here, but we could see a model designed for 4G networks surface in the future.

The Microsoft Lumia 540 smartphone will be released in IMEA and APAC regions early May in cyan, orange, white and matte black options.