Microsoft new Lumia 430 is the cheapest Windows Phone, but not in India

The Microsoft Lumia 430 smartphone has been launched in India and while the device is considered to be the cheapest option in the Windows Phone ecosystem, it doesn’t carry that title in the country. And that’s because the company has officially tagged the device at Rs 5299.

This is much higher compared its global price of $70 which translates to approximately Rs 4455. The Lumia 435 which is a variant of the Microsoft Lumia 430 is available for just Rs 4999 which makes it the cheapest options from the Redmond giant in India.

Well, both Microsoft devices are more or less the same. The main difference is that newly launched phone has a slightly smaller battery and small changes to its dimensions as well as weight. The core hardware is basically identical where the phones feature a 4-inch WVGA IPS LCD touchscreen couple with a VGA camera on the front. 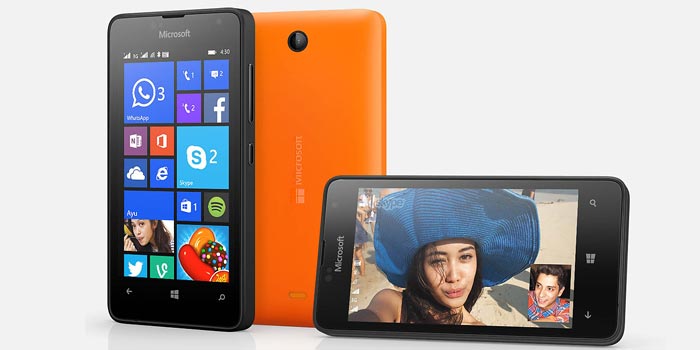 And on the rear, there’s a 2MP fixed-focus shooter with no LED flash. Microsoft has also thrown in a 1500mAh battery, 1GB RAM, 8GB expandable storage and a dual core Snapdragon 200 processor.

The Lumia 430 may no doubt be a basic release, but it still runs the most recent version of the OS which is Windows Phone 8.1 with the Lumia Denim update. Additionally, the handset is entitled for an update to Windows 10 which is due later this year.

Microsoft Lumia 430 specs at a glance:

The Microsoft Lumia 430 will go on sale through the company’s own online store in the coming days.