Just as Apple has Siri and Google has its voice commands, Microsoft has Cortana, a personal digital assistant that helps you with your daily activities. The Redmond-based company has until now only limited this functionality to its own operating system, but will now be expanding its presence by bringing it to Android and iOS.

The new apps for the two mobile platforms will actually act as companion utilities to the Cortana integration of Windows 10 PCs. So once Windows 10 is up and running on your computers, its ‘Phone Companion’ section will help you install the digital assistant onto your smartphones through either the Google Play store or the Apple App Store.

While Cortana’s Android and iOS versions will offer most of the features which are available for Windows Phone devices right now, there will indeed be a few limitations. You will be able to ask the utility to remind you of tasks to perform at particular locations, while you’ll also be to track flights on both your phones and your PCs. 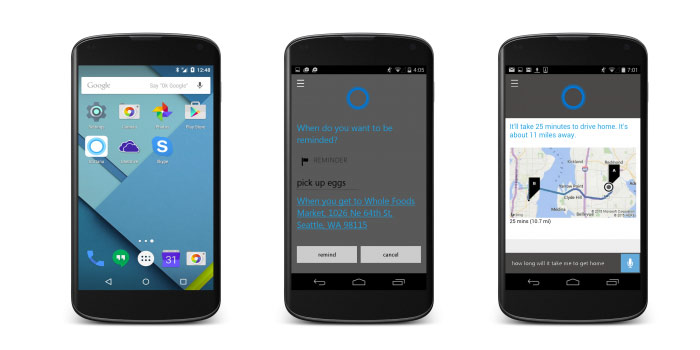 Moreover, everything from Cortana’s Notebook will be synced across all your devices seamlessly. As for the things that the personal assistant won’t be able to do on the new platforms, one of them is toggling settings or opening apps. Moreover, the hands-free ‘Hey Cortana’ command will also be unavailable owing to restrictions put on the microphones by Google and Apple.

The Phone Companion utility is already available in the current Windows 10 insider preview, but the Android version of Cortana will be released only next month. As for the iOS version, it will be outed sometime later this year, according to Microsoft.