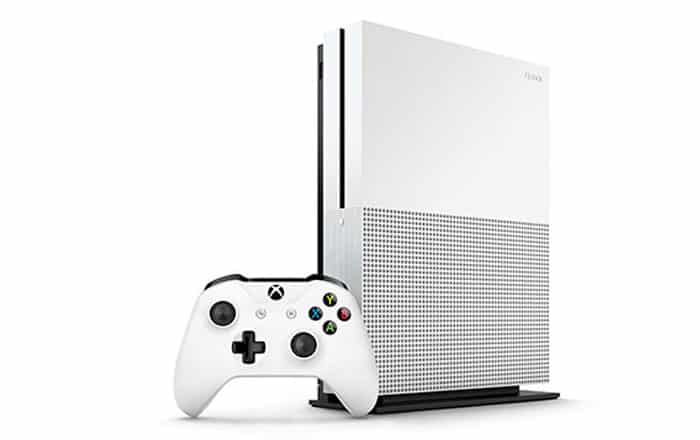 As a substantial leak had stated, Microsoft has unveiled to the world its new Xbox One S at the E3. This happens to be the smallest console it has ever created, and yet features support for 4K and HDR gaming. What’s even more interesting is that this system will keep the same price as that of the current model – $299.

That tag however applies to the 500GB model of the Xbox One S which will be released later on along with a 1TB model which will cost $349. First to arrive this August will be a special 2TB variant that will sell for $399.

This console happens to be 40 percent smaller than the original Xbox One, and it also does away with the power brick. The redesigned exteriors include a USB port at the front rather than the back and a built-in IR blaster for controlling the television set through the system.

Notably, there’s no dedicated Kinect sensor port on the Xbox One S. An adapter will need to be bought if you wish to connect the motion sensing accessory to the console. Microsoft has revealed that these adaptors will be given away for free to existing Xbox One owners who buy the new redesigned console.

The controller also gets some upgrades with this fresh release. While a textured grip has been granted to the back surface, Bluetooth support has also entered the controller, making way for seamless wireless connections with Windows PCs.

Like we said, the 2TB model of the Xbox One S will be released first by Microsoft some time this August. As for the 1TB and 500GB variants, they will arrive shortly after.