The Xbox Mini Fridge is “the world’s most powerful mini fridge,” according to the company, that will help gamers stay cool as they go through immersive play experience.

When the Xbox Series X was first announced in 2019, people made memes on its shape and compared it to a refrigerator.

Inspired by this, the company took to social media and after defeating Skittles in a Twitter poll, said that an actual mini-Xbox fridge will be released in holiday 2021.

In April, Aaron Greenberg who is GM, Xbox Games Marketing at Microsoft, tweeted: “Thanks to everyone who voted, this was down to the wire and thrilling to follow. Now that @Xbox won, we will move forward on our promise to make those Xbox Series X Mini Fridges. First one off the line will be filled with games & headed to our friends @Skittles of course! Green heart.” 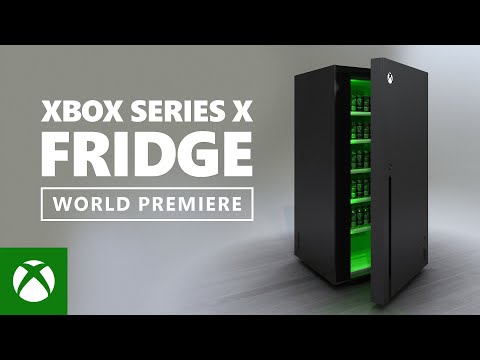 The Xbox mini-fridge is now a reality and will be available later this year during the holiday season.

The refrigerator was unveiled during the Xbox + Bethesda E3 event.