The Microsoft Xbox 360 holiday bundles have been announced in India, probably to refrain gamers from opting for the upcoming PS4 which is slated to arrive in the country sometime in early 2014. The probability of users turning to Sony’s gadget is much more, considering that the Xbox One will not be arriving in the subcontinent for almost another year.

For this holiday season, the company has introduced three bundles and you have a choice between selecting the 250GB console or the 4GB one. Also, you get to decide whether you want the Kinect or not. And as all the bundles pack in different games, you can choose the relevant package depending on the titles you’d prefer to play. 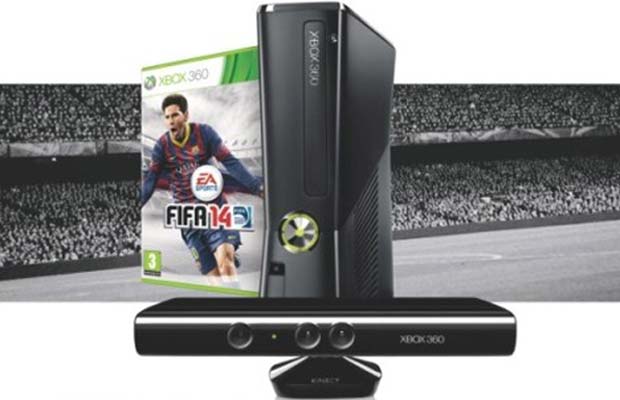 First up is the 4GB Xbox 360 package with Kinect that offers the latest FIFA 14 full game DVD for free. The other games that you can expect in the bundle include Kinect Adventures + Kinect Disneyland, Forza Motorsport 4 and YourShape Fitness Evolved 2013 or Fruit Ninja. The 250GB core bundle without Kinect comes with Darksiders II and full game tokens for games like Batman Arkham City, Gears of War 3 and Halo Reach.

And the last bundle that the company has released in time for the festive season is the 250GB Xbox 360 accompanied by the Kinect. It comes with titles like Kinect Sports 1, Dance Central 2, Kinect Adventures and Minecraft and of course, the usual accessories.