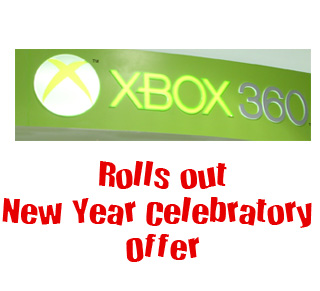 During the festive season of Deepavali, Microsoft India’s Home and Entertainment Division announced some extraordinary offers for gamers in the country. And now as we are close to bidding adieu to the year 2007, the company is back with some great announcements that are sure to be a steal for any gamer’s money.

The latest offer dubbed “Har Family ki Fauj karegi Mauj”, which literally means “every family will have a great time”, has two exciting offers for all you aspiring Xbox 360 buyers.

In the first offer, the Xbox 360 Core version comes bundled with two free games – Forza Motorsport 2 and Viva Piñata. This entire package is priced at only Rs 14,990. On the other hand, in the other offer has the Xbox 360 Pro along with four free games – PGR3, Forza Motorsport 2, Viva Piñata and Yuvraj Singh International Cricket 2007, all for just Rs. 23,990. Now if you wouldn’t call this a celebratory offer, then what would you term as one!

Mohit Anand, Country Manager, Microsoft E&D India stated, “This year-end finale savings offer is the ultimate value for money entertainment option for the whole family and we hope that a larger base of families can join us in the exciting world of gaming and entertainment.”

The Xbox 360 Celebratory Offer is available till 31 December 07 or till stocks last.

Needless to say, even if you aren’t gaming then your mum can operate your Xbox 360 gaming console to perhaps watch her favorite Dev Anand film DVD, your sister can listen to some blasting Enrique tracks, your dad can view some great quality digital photos. And if they are finally done with all this then you can get back to playing some exciting games!