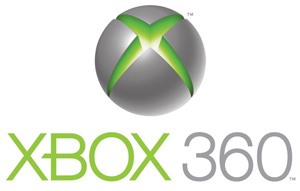 Today, we have a choice of everything and that includes three next-generation consoles to choose from- Xbox 360, PS3 and Wii. While Nintendo’s Wii has beaten the other two in the sales department, the other two consoles still remain a favorite for some. Now with so much of competition out there, just how exactly do gaming industry heads deal with it?

Well, Microsoft for one as we have just come to know, is promising gamers in the Japanese market with a larger number of role playing games in exchange for their loyalty.

“The Xbox 360 is the most exciting game machine on the market. We are going all out in a year-end competition against rivals,” admitted Sensui.

But, it true that the Holiday season of Christmas is actually a critical test for game machines and game software makers worldwide.

In this last year, the Xbox 360 has been plagued with problems such as faulty peripherals and the red ring of death. This must have cost Microsoft over $1 million in losses.

Also, looking at the other contenders namely Sony and Nintendo, one can say that it is the Japanese companies that are dominating the console wars. Thus, it is no wonder that Microsoft wants to woo Japanese gamers as well.