Microsoft Windows Vista launching on November 30, for Businesses Only 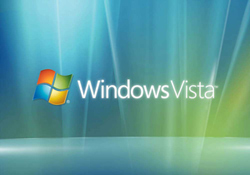 Windows Vista Home Premium, which offers entertainment capabilities such as the ability to record live television and to connect to Microsoft’s Xbox 360 game console, will cost $239. Where as, Windows Vista Ultimate, which combines the entertainment add-ons of the Premium edition with business features will cost $399.

Microsoft announced that the primary components of a computer that Windows Vista is particularly hard on are memory and graphics. This statement made by the Redmond-based company means that in the graphics department, the PC will need a video card that has at least 128MB of memory in order to take advantage of the new Aero interface, which boasts of plenty of 3D elements. However, without enough memory space, Aero will be disabled by default.

Performance of Windows Vista is highly dependent on how much memory is installed in the PC. For Vista, the minimum is 1GB of RAM to the run the operating system with all of the aero visual enhancements enabled and with two or three applications opened at the same time. Microsoft has warned that Windows Vista can lag with an intolerably low pace without enough RAM.

So it seems that after five years of research, delays, promoting, comebacks, conferences and the works, Microsoft has finally refound their status as the most important software company.