Microsoft Windows 8 has now been released to manufacturing 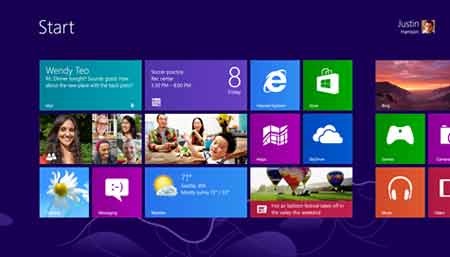 Those awaiting the release of the Microsoft Windows 8 platform should brace themselves as the company has announced that the software has achieved the RTM milestone. The OS will be launched officially on October 26 and users can expect Windows 8-based PCs to be introduced soon, says the official Windows Steam blog.

The decision to release the platform to manufacturing was taken after it had undergone all the required developmental and testing stages. Although it is slated to be launched commercially in October, Microsoft will be letting out the final version for developers, IT professionals and select audiences starting mid-August. It will be available for download for app developers and IT professionals who have been testing Windows 8 from August 15 via a MSDN subscription and a TechNet subscription, respectively.

“Today, I am excited to announce that Windows 8 has been released to manufacturing (RTM)! This means we’ve completed the product development and testing of the product and have started handing off the final code to our OEM partners. They can now begin preparing new Windows 8 PCs and devices they’ll introduce starting with General Availability,” reads a post by Brandon LeBlanc on the official Windows Steam blog.

Users with Microsoft Software Assurance for Windows can begin downloading the Enterprise version from August 16 via the Volume License Service Center (VLSC). But Volume License subscribers who do not have Software Assurance will have to wait until September 1 to get access to this OS. It will be available to Microsoft Partner Network members and Microsoft Action Pack Providers from August 16 and August 20, correspondingly.

As mentioned above, Microsoft Windows 8 will be released on October 26. Its upgrade will cost $39.99, while those purchasing Windows 7 PCs will be able to update for a price of $14.99. Prospective buyers can also consider laying hands on the Windows 8-powered computer systems when they are released.