Just last month, Microsoft unveiled a 4G LTE version of its Surface 2 for AT&T in the US and now, the company is expanding the tablet’s availability into the UK. The device will go on sale next month and it will cost £539.

CNET notes that the Wi-Fi-only Surface 2 is currently selling for £359 with 32GB and £439 with 64GB. The 4G LTE model will come with 64GB of storage and you’ll be paying an additional £100 for just LTE connectivity. The tablet in question runs on the Windows RT platform which is quite different from the normal desktop version. Here, you are only allowed to install apps from the integrated store and you won’t be able to run native desktop software. 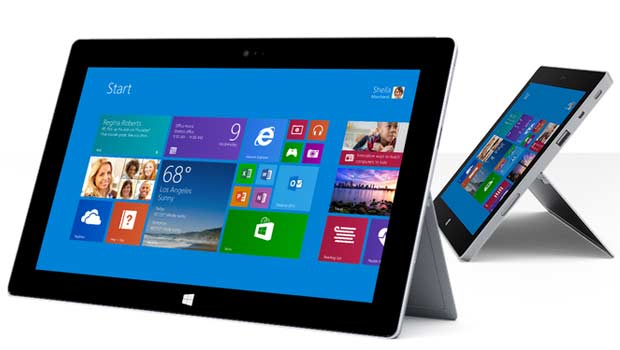 That’s mainly because the device is powered by a ARM processor, the Tegra 4 to be precise. For 4G LTE connectivity, Microsoft has added the fifth-generation i500 modem from Nvidia to the Surface 2. The tablet will be available unlocked, allowing you to pick a carrier of your choice. Some of the main features of the device include its 10.6-inch 1080p ClearType display, dual FHD cameras, an integrated dual-position Kickstand and various connectivity options.

Let’s take a look at the Surface 2 specs:

The Microsoft Surface 2 LTE will go on sale in the UK starting May 8. The tablet is already available for pre-order and it’s preloaded with Microsoft Office 2013 RT for free.

Facebook
Twitter
Pinterest
Linkedin
ReddIt
Tumblr
Flip
Previous articleLenovo’s latest A Series Android tablets are headed to the US next month
Next articleLG’s G Pad 8.3 tablet gets Android 4.4 KitKat in the US and across Europe