Microsoft has started its own iPad trade-in program where it’s offering a minimum of $200 on each Apple tablet. The amount is being provided in the form of a gift card which can be used for purchasing a Surface slate or any other device, software and accessory from the Redmond giant.

The promotion was highlighted on the Microsoft online store. However, it’s only valid in select retail outlets across the US, Canada and Puerto Rico. A post on ZDNet notes that the offer was started way back on September 5 and according to the details provided by the website, it will run through next month as well, until the 27th of October. The trade-in is currently valid only for ‘gently used’ iPads starting from the second generation one up till the fourth. And yes, this doesn’t include the iPad mini. While Microsoft is allowing you to redeem the minimum $200 sum on anything in its store, the main focus, as always, is basically on the Surface tablets. 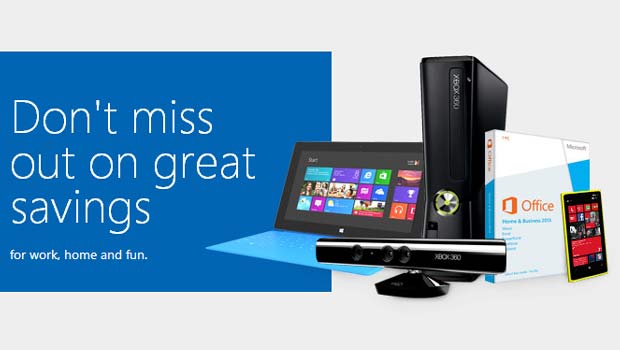 The company suggests upgrading to one of the two Windows tablets. The Surface RT is retailing at an all-time low amount of just $349 for the 32GB version and it comes preloaded with touch-enabled versions of Word, Excel, PowerPoint, and OneNote. Of course, you’ll have to shell out an additional fee for the keyboard accessory. The Pro version has received considerable price cuts as well, making it available for $799 and above.

For reminder’s sake, the trade-in is limited to select brick-and-mortar Microsoft stores and it’s only valid on the second, third and fourth generations of the 9.7-inch iPad. The offer ends on October 27.