BLU and Microsoft announced a partnership to sell affordable Windows Phone handsets earlier this year, and the deal should start bearing fruit soon. What’s interesting is that there’s a possibility of these two devices being sold through the Microsoft Store itself.

This would signal a huge commitment from the Redmond giant towards its efforts to convince third-party manufacturers to create affordable Windows Phone devices. A couple of BLU smartphones are in line to be released soon, namely the Dash 5.0 and the Dash 4.0, with their expected no-contract prices being $199 and $99, respectively according to Windows Phone Central. 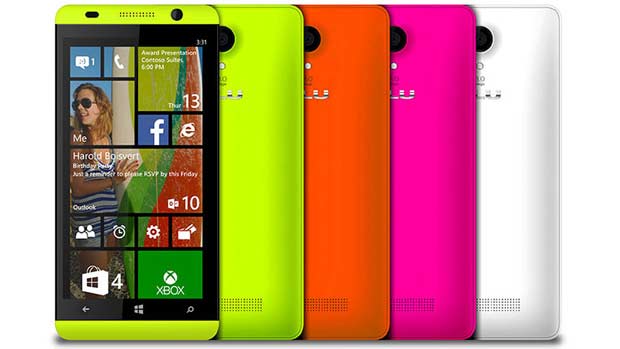 As its name suggests the BLU Dash 5.0 will come equipped with a 5-inch display bearing a resolution of 480 x 854 pixels. It will be fueled by a 1.3GHz dual core processor which will gain assistance from 512MB worth of RAM. This handset will be a dual SIM one, and is ready to be doled out in a number of different colors.

On the other hand, the Dash 4.0 from BLU features a 4-inch display on its front surface. The resolution on this panel is 480 x 800 pixels and while 4GB worth of storage and a microSD card slot will be made available along with it, a 5MP rear camera, a 1.3GHz dual core processor and a 1500mAh battery can also be counted among its components.

Just like BLU, Micromax also recently announced its range of affordable Windows Phone handsets for the Indian market with the help of Microsoft.