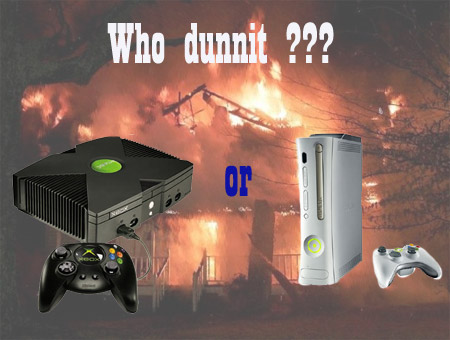 A family residing in Illinois, the Midwest state in north-central United States, has files a lawsuit alleging that an Xbox video game system manufactured by Microsoft and sold by Wal-Mart Stores overheated and sparked a killer blaze in which the family lost their newborn, stated media reports.

As per the suit, the wiring that connected the Xbox 360 to an electrical outlet became extremely hot, finally leading to a “catastrophic” fire at a house in Warsaw, Illionis. The victim, an infant called Wade Kline, died in the inferno.

“The fire was a direct and proximate result of the overheating of the game’s power supply and wiring,” claims the lawsuit, which was filed in State Circuit Court in Illinois. Microsoft, Wal-Mart, and an unnamed power-supply maker have been named in the suit.

Wal-Mart has filed a routine motion to move the case from state court to US District Court in Illinois. No what’s surprising is that the lawsuit claims that the fatal fire occurred in December 2004. However, the Xbox 360 didn’t officially launch until May 2005, so possibly what the family is referring to is the first-generation Xbox console and NOT the latest Xbox 360.

A Microsoft spokesman said, “Microsoft recently learned about this tragic incident that occurred in December 2004. Our sympathy is with the family. However, we are not aware of any evidence that an Xbox caused the fire. Also, the complaint specifically states that an Xbox 360 was involved, but this version of the product was unavailable for purchase at that time.”

The suit was filed by Wade Kline’s estate and seeks unspecified damages in excess of $50,000.