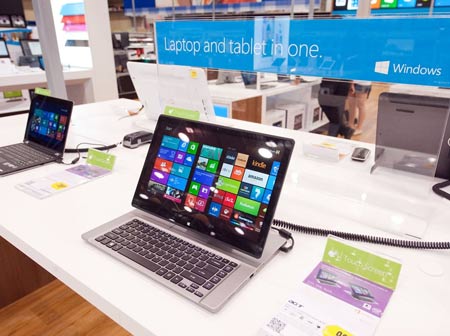 Apple’s done it, Samsung’s done it and now Microsoft will also open mini stores at Best Buy locations across the US. There are 68 dedicated Microsoft outlets spread across North America already and Redmond’s latest store-in-store concept will be called Windows Store.

In terms of numbers, Microsoft announced that it would be putting up 500 mini stores at Best Buy US outlets as well as over 100 at Best Buy and Future Shop in Canada. Some outlets will be as large as 2,200 square feet and 1,200 extra staff members will be brought on board to help customers. The idea is to offer people a hands-on experience of the company’s various devices (including Xbox) and possibly bring some shine to the lackluster brand image it’s been sporting for quite some time now.

It all started with Steve Ballmer promising a revolutionary new OS, or something along those lines. When Windows 8 for touch and non-touch devices was finally unveiled, it failed to make the sort of impression which would stop PC sales from declining. Even the fact that it was touch-optimized didn’t seem to go down too well with users. The interface changes were just too confusing to be handled by regular folks and the company was back to the drawing board with Windows Blue (or v8.1). 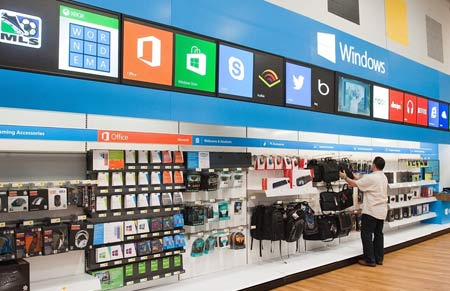 Meanwhile, Microsoft is busy trying to regain consumer confidence in the brand by pushing its products right into everyone’s faces. The future of Windows depends on the company being able to convince potential customers that its devices are user friendly and the OS is not difficult to get used to. With Best Buy being such a big name in PC retailers and Apple as also Samsung already betting on it to push sales and increase brand recall, it’s easy to see why Redmond wants in on the store-in-store game too. 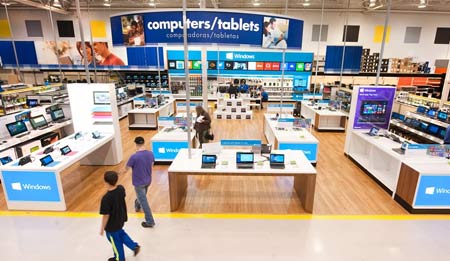 Hands-on time with devices is exactly what people need in order to be assured that the Windows experience may have changed for the better. And it makes sense for the company to hurry up and time the mini-store openings in sync with the launch of Windows 8.1 on June 26. Best Buy even has an online section dedicated to Windows, something that Microsoft’s Chris Capossela mentioned in a recent blog post announcing the deal.