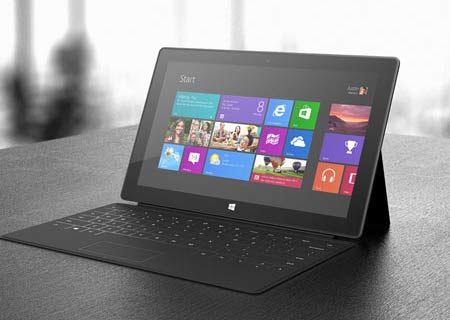 The price details for the Microsoft Surface with Windows RT tablet have at long last been divulged by the Redmond giant. And potential buyers can now pre-order the highly anticipated slate which is scheduled to go live in 3 versions starting from 32GB and going all the way up to 64GB of built-in storage.

The hardware being talked about was unveiled back in June along with its Windows 8 Pro variant. Back then little was known about the slate. Well, Microsoft has taken the privilege to even announce the technical components employed within its home-brewed device. To craft this tablet, the company has adopted an approach called VaporMg which renders a design that’s not only lightweight, but also durable. The slate arrives preloaded with Microsoft Office Home and Student 2013 RT Preview. 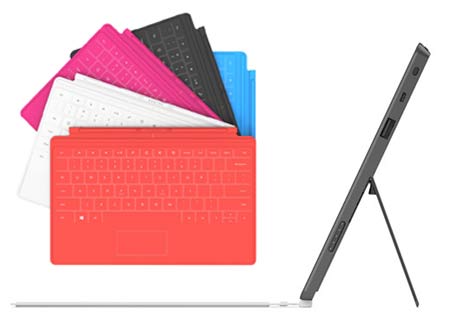 The 32GB version can be ordered for $599 which includes the Touch Cover, or for $499 without the accessory. For the 64GB variant, potential buyers will have to shell out $699 that covers the aforementioned keyboard extension’s cost as well. The release date for the Microsoft Surface with Windows RT is planned for October 26, 2012. However, the base configuration will ship within 3 week’s time, probably due to high demand.

The Touch Cover will also be available separately in color options of black, white, magenta, cyan and red for $119.99, while the Type Cover will be for grabs at $129.99 in black only. Apart from the US, the company will put the tablet up for grabs in various markets such as Australia, Canada, China, France, Germany, Hong Kong and the UK. 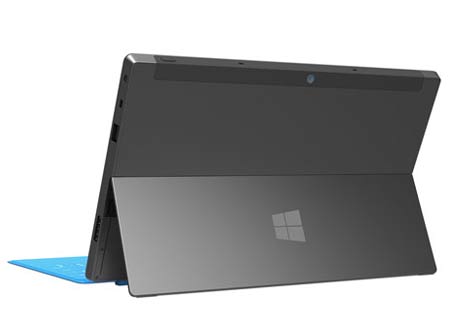 Detailed specifications for the Microsoft Surface with Windows RT are as follows: