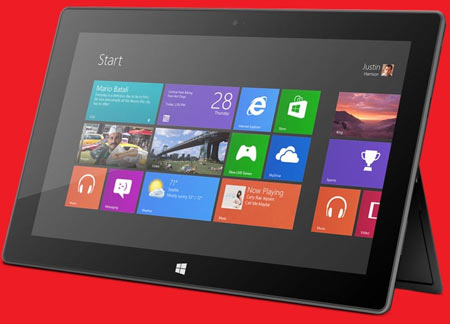 The Microsoft Surface has started shipping and although users in the US haven’t experienced delays as such, those in the UK may have to wait a little longer to lay their hands on this Windows tablet. According to the company, the devices have already been dispatched.

A mail stating that the shipping of the slate has been pushed back to November 2 was sent out by mistake. And while the company had promised that it would arrive on October 26, which was also the launch date of the Windows 8 operating system, the device is nowhere in sight. Apparently, the software giant has informed its customers that the Surface tablet has been dispatched on October 26 and will knock on their doors latest by Wednesday that’s October 31.

Moreover, according to the guys over at ZDNet, the conglomerate in question wasn’t anticipating the number of orders it received. This could be one of the reasons for the delay in shipments. But Microsoft seems more than willing to make up for the inconvenience as the company is offering a single use coupon worth £50 (approx. $80) to its customers to be used at the Microsoft online store.

For refresher’s sake, the slab accompanied by a Touch Cover, features a 10.6-inch ClearType HD touchscreen. This 5-point display of 16:9 aspect ratio can deliver visuals in 1366 x 768p resolution. Powered by 2GB of RAM and the Nvidia Tegra 3 T30 processor, it has been fitted a front- as well as a rear-facing 720p camera. This Bluetooth- and Wi-Fi-enabled tablet claims to offer a battery life of about 8 hours on a single charge. 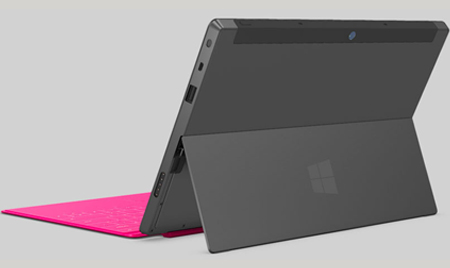 The Microsoft Surface price in the UK starts at £399.