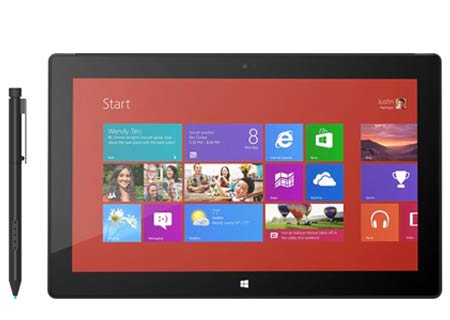 The Microsoft Surface RT and Surface Pro tablets are all set to broaden their availability to various other countries around the world. And the company plans on taking things one step at a time by rolling out both Windows powered slates in new markets through a phased approach.

The expansion will start off with the Surface RT hitting stores in 6 new countries such as Japan, Mexico, New Zealand, Russia, Singapore and Taiwan towards the end of this month. And where the Pro version is concerned, the Redmond giant states that it will be available for interested customers in China, France, Germany, Hong Kong, New Zealand and the UK. No definite launch date has been provided, but the company does note that this slate should be available in the coming months. 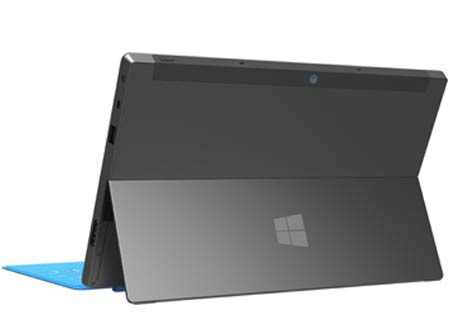 It was just earlier this month that the company introduced the ARM based device in Austria, Belgium, Denmark, Finland, Ireland, Italy, Luxembourg, the Netherlands, Norway, Portugal, Spain, Sweden and Switzerland. The Windows 8 Pro variant however has been limited to the US and Canada since its launch on February 9. In the former country, the 128GB option experienced high demand resulting in it going out of stock soon after it was launched. Well, it’s back on sale now and the company seems to keeping up with the supply for now.

This model in particular comes in 2 storage options, one with 64GB and the other carrying 128GB of flash memory. At the heart of the slate, a third generation Intel Core i5 processor takes charge of the heavy lifting with 4GB of dual channel RAM and HD graphics 4000. A 10.6-inch ClearType HD touchscreen with a resolution of 1920 x 1080 pixels is fitted on the front. The device packs in dual 720p HD cameras and is built around dimensions of 10.81 x 6.81 x 0.53 inches with a weight of 2 pounds.

The Windows RT option runs on a tablet-optimized version of the OS that’s designed to operate on the ARM architecture. Appearance wise, it’s quite similar to the aforementioned slate, but the hardware components differ. The screen employed here has a 1366 x 768p resolution and a 5-point touch input. An Nvidia T30 quad core Tegra 3 SOC powers it up with 2GB of system memory and choices of 32GB or 64GB of hoarding capacities. 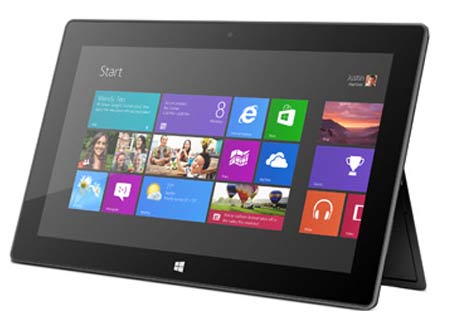 The Microsoft Surface RT and Surface Pro tablets are compatible with the Touch Cover and Type Cover accessories, both are sold separately.