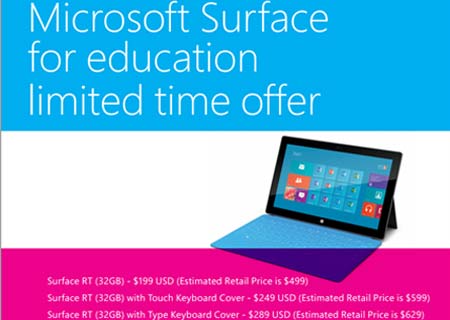 The Microsoft Surface RT is undergoing a special discount which will be offered to schools and universities for a limited time period. The main goal behind this promotion as per Microsoft, is to provide students with software, hardware and services at an affordable rate to enhance the learning experience.

The Microsoft Surface RT for education offer was supposed to commence on June 17. However, the Redmond giant has pulled all details regarding the program. In an official statement, the company confirmed the existence of the discount and mentioned that it wouldn’t go live until the 24th of this month. A post on ZDNet highlights that the promo will be valid in multiple countries. They include the US, Australia, the UK, Canada, China, Sweden, Singapore, Russia, Mexico, the Netherlands, Norway, Portugal, Finland, France and Germany amongst others. 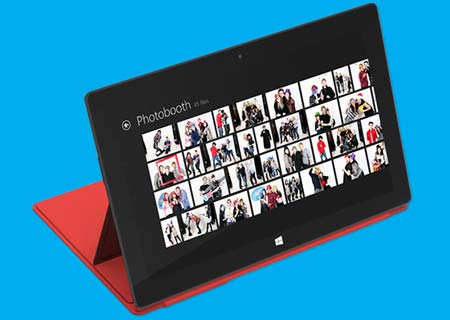 The 32GB Microsoft Surface RT is currently available for $499. But with the promo, students will be able to get their hands on the tablet for just $200. The same model with a Touch Keyboard Cover is tagged at $249, while the Type Keyboard attachment combination will be pegged at $289 after the discount. The device operates on the Windows RT platform which is designed specifically for ARM based chipsets. It comes with a touch-optimized version of Microsoft Office Home & Student 2013 RT which includes tools such as Word, PowerPoint, Excel and OneNote.

Additionally, all Microsoft Surface RT tablets purchased through this program will be entitled to a free upgrade to the upcoming Windows RT 8.1 platform along with MS Outlook. Towards the end of May, the company initiated a similar offer where TechEd North America 2013 attendees were provided with a special discount on both homebrewed tablets.

The latest reduction in price is only valid for the Surface RT tablet and not the Pro version. To place an order, schools and universities will have to fill up a form and email it to [email protected] when the program goes live on June 24. It’s expected to run through August 31, 2013 or until supplies last. 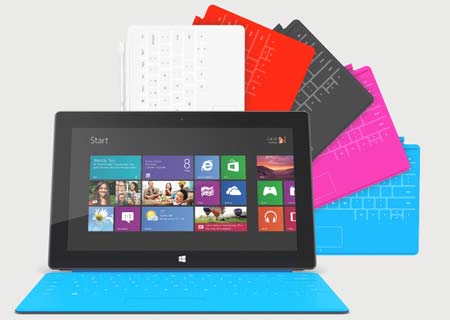