Something pretty unexpected happened in the event at which Microsoft unveiled its new Surface Pro 3 tablet. The company had earlier announced this event while laying emphasis on the word ‘small,’ which had led many to believe that it will see the Mini version of the Surface tablet finally being revealed after months of leaks and rumors.

No Mini?
But it was not to be, as Microsoft went ahead with showcasing only its next-gen professional tablet which grabs a 12-inch screen. The interesting part is that plans of unveiling the Surface Mini were apparently scrapped at the last moment for reasons unknown. 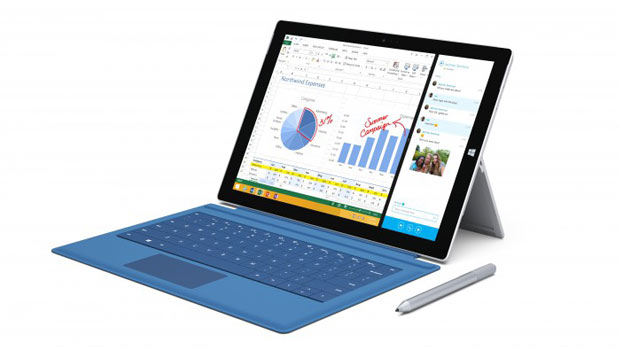 What’s new?
Anyway, what we have here is a healthy upgrade to Microsoft’s flagship slate which is being advertised as a ‘tablet that can replace your laptop.’ The Surface Pro 3 is powered by 4th generation Intel Core processors, with Core i3, Core i5 and Core i7 options available.

Its externals are highlighted by a 12-inch ClearType HD screen with a 2K resolution of 2160 x 1440 pixels. This device will bring with it a newly designed ‘continuous kickstand,’ the friction-hinge of which allows you to choose an angle between zero to 150 degrees for its orientation. 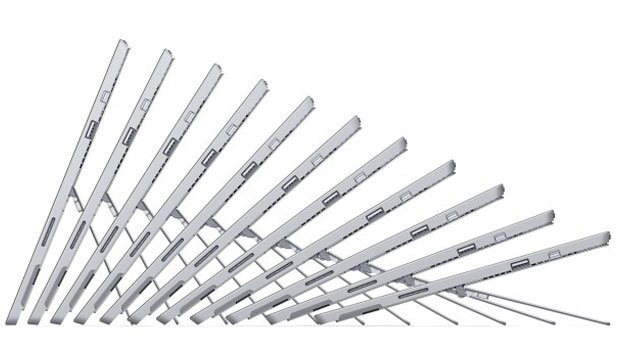 A Type Cover featuring a larger trackpad also finds space in the Surface Pro 3’s repertoire of accessories. Nine hours of battery life is on offer with the tablet which weighs in at 800gms and measures 0.36 inches thin. A microSD card slot, a USB 3.0 port and a Mini DisplayPort have been granted to it as well.

Price and availability
As had been leaked yesterday, pricing for the Microsoft Surface Pro 3 starts from $799 and goes up to $1,949 for its top model. Its new Type Cover will set you back by $129.99. June 20 has been marked as the release date for the tablet in North America, while it will start entering other markets in August.

Here’s a neat look at the specs sheet of the Microsoft Surface Pro 3: