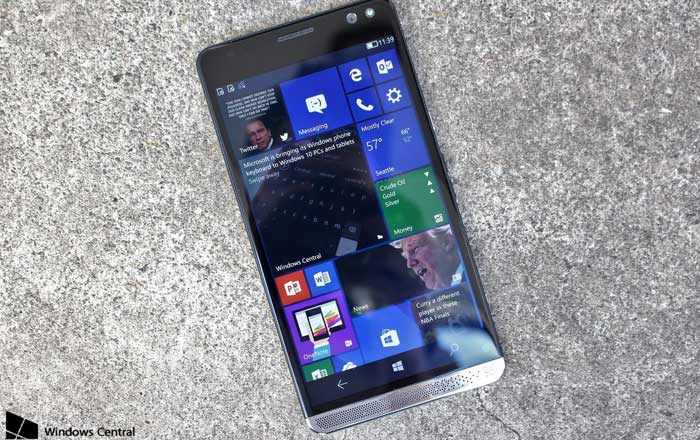 We first heard about a mysterious Microsoft phone which ran on a rebooted version of Windows Mobile OS last week, and now two new reports have shed some more light on the company’s plans. The more recent of the two comes from a Chinese social media site called Bilibili where the brand’s official account accidentally posted some interesting details about a Surface Mobile device.

The Chinese text has now been deleted, but a translated version is still available online. It talks about the Surface Mobile not just being a handheld terminal, but a portable work platform. It appears to be capable of ‘onto table’ projection in Continuum mode. It basically sounds like users will be able to project a desktop interface on any surface without needing to have a monitor handy.

The post went on to claim that this setup is sustainable for more than an hour of desktop work. There’s also mention of ‘185 degrees’ delivering a comfortable experience, likely a reference to some kind of stand. A previous Microsoft patent had talked about a foldable phone with hinges.

Perhaps one of the most exciting tidbits is the mention of an ‘exclusive’ Surface Pen which will make it easy to summon OneNote and jot down stuff. The device apparently runs on a Snapdragon processor which the post asserts helps it balance performance and power consumption.

The write-up finally ends by referring to the product as the Surface Peking and Surface Slavonia, perhaps codenames for two variants of the Surface Mobile. The other report has also been derived from an accidental Microsoft leak, giving away details about the firm’s new Composable Shell or CShell.

CShell is basically a new Windows 10 UI which is both adaptive and scalable across all sorts of form factors such as PCs, smartphones, HoloLens, and Xbox. The idea is to provide a seamless desktop-like experience no matter which device is being used, complete with the same Start screen and Action Center.

Windows Central has posted a video and some photos (see above) of what CShell looks like on a handset. It should be noted that this is still Microsoft’s pre-release software so the design might change when the final version is unveiled to the world.