While a Surface Mini is still something we hope to see in the future, Microsoft is giving its high-performance laptop replacement a smaller sibling through the new Surface 3 tablet. The new model isn’t really the successor to last year’s model mainly since it doesn’t come with the now-deceased Windows RT platform, but a full desktop OS.

The Microsoft Surface 3 is preloaded with a 64-bit Windows 8.1 OS and of course, you’ll be able to upgrade to Windows 10 for free later this year when the new platform gets released. The tablet isn’t going to be as powerful as its larger sibling, but it does come with great hardware which includes one of the latest Intel Atom x7 chips. 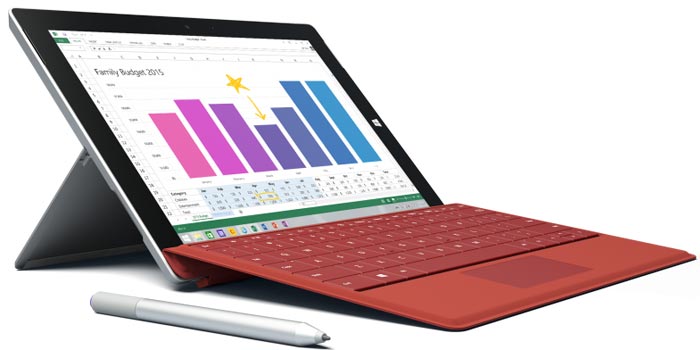 Microsoft notes that the latest member is the thinnest and lightest they’ve ever created. The device is 8.7mm thin and weighs around 622 grams. A 10.8-inch 1920 x 1280 pixel screen with 3:2 aspect ratio is fitted onto the front with pen support. The slate also delivers a 3.5MP secondary snapper and an 8MP main shooter.

On the inside, there are options of 2GB RAM with 64GB storage and 4GB RAM with 128GB memory. The Surface 3 also delivers a one-year subscription to Office 365 Personal and 1TB of OneDrive storage for free. It can be converted into a laptop using the Type Cover or coupled with the Docking Station for a full desktop experience. 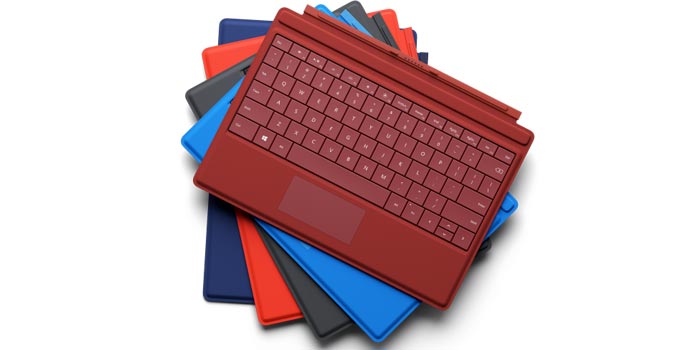 The Microsoft Surface 3 tablet is priced at $499 for the base model and pre-orders have already commenced through this link.