From what is being learnt, the Microsoft Surface 2 range is all set to follow the same pricing pattern as that of its predecessors, despite the lukewarm consumer response to those products. It has been learnt that the Surface RT successor which is to be called the Surface 2 will apparently be priced at $499 (32GB) and $599 (64GB). Furthermore, the Surface Pro 2 will be made available at $899 in its 64GB form, while its 128GB, 256GB and 512GB variants will go for $999, $1,299 and $1,699, respectively.

ZDNet is the source of this information, and the site has claimed that both the tablets will be made available on October 22, which is around the same time Windows 8.1 is supposed to be released. Apart from the two tablets, you can also expect Microsoft to introduce a range of new Surface peripherals. A new docking station is supposedly in the works for the fresh slates. The company is said to have blessed it with a USB 3 port and a trio of USB 2 ports. And then there’s even a Surface Power Cover which is purportedly being readied by Microsoft. This is aimed at increasing the devices’ battery lives while also providing protection. 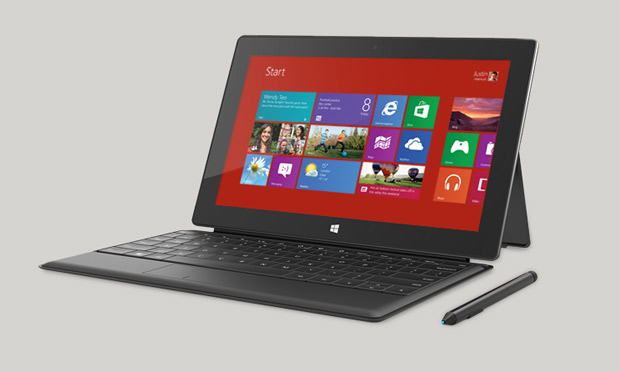 According to leaks, the Microsoft Surface 2 will come equipped with the Tegra 4 processor, and will showcase its visuals on a ClearType full HD display. It will manage to run for an estimated eight hours on one single complete charge. The Surface Pro 2 on the other hand, will kick in an Intel Core i5-based Haswell processor under its hood, and will grant about seven hours of battery.

We’ll have more details on the Microsoft Surface 2 range when additional information about the tablets is available.