Microsoft to drop Nokia name from upcoming Windows OS devices, but that’s not all

While we were expecting Microsoft to drop the Nokia branding from upcoming devices in due time, its decision to exclude the word ‘Phone’ from its mobile OS has taken us off guard. Well, the Redmond giant hasn’t gone on the record about these changes as yet, but fresh leaks offer some evidence in this regards. Also, the Lumia name will continue to live on and we doubt that there will be any changes to PureView either.

French website NoWhereElse has managed to get its hands on an image of a mysterious Lumia smartphone’s front panel. As you can see in the picture below, the word Microsoft is stamped where you’d normally find Nokia. 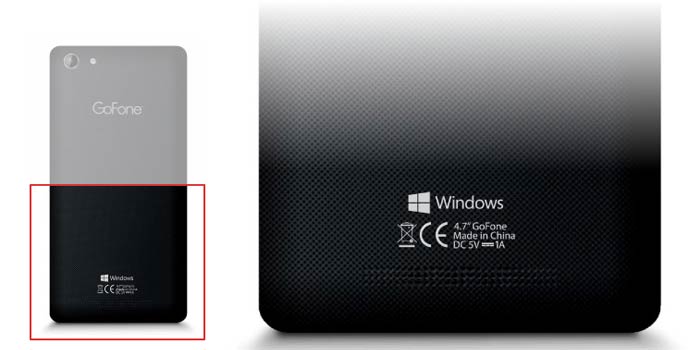 There’s no other information about the smartphone as yet, but the picture clearly shows that it’ll be a large one, possibly 6 inches wide. We could be seeing the Lumia 1525 which has been rumored for months now and was expected to show up at the IFA 2014 as an upgraded version of the original phablet.

Also see: Here’s everything we know about the Lumia 1525

Then we have Neowin that has spotted an upcoming smartphone with the new Windows branding. The smartphone comes from British OEM My Go. As you can see, the word ‘Phone’ has been omitted and this could be due to the company’s plans to unify its platform for mobile, tablet and desktop. What adds credence to this is the fact that HTC decided to launch its flagship variant as One M8 for Windows and not Windows Phone. 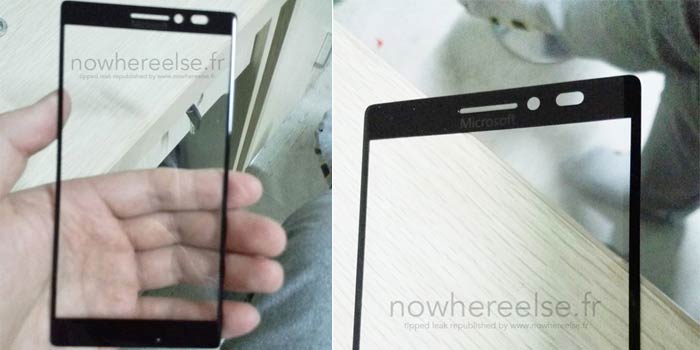 There’s still no word on when Microsoft will officially announce these changes, but we’ve got a feeling that it could happen next month when it unveils Windows 9.