Microsoft So.cl gets more social, open to all 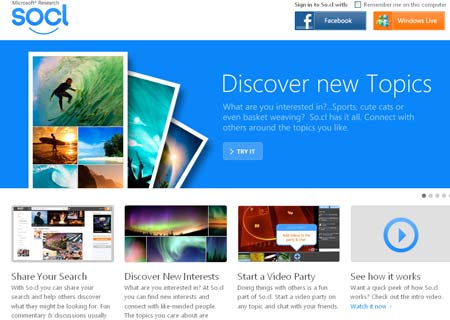 For those suffering from an overdose of information about what Facebook ‘shares’ are worth, the Microsoft So.cl project has exited beta. The network which was still at the experimental stage back in December 2011, initially opened its doors to a select crowd involving institutes covering the New York University and Syracuse University amongst others.

Right from the start, Microsoft has been clear about having created this service especially for students. Though the name may still take a while to catch on, the company is likely to find a lot of fans who make a hobby out of fluttering around social spaces. But at least the company meant well when Fuse Labs launched the network with the intention of helping young members exchange useful information, work on projects easily, share stuff and so on. 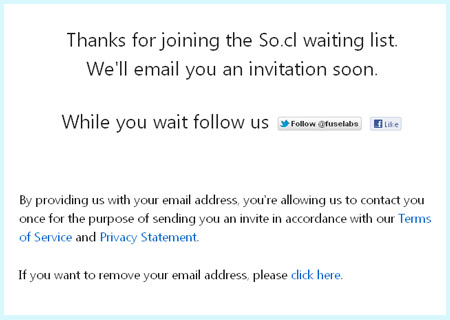 “So.cl is an experiment in open search. That means your searches on So.cl are viewable by other So.cl users and will also be available to third parties. So.cl does not automatically post your searches, comments, or likes to your Facebook stream unless you choose this option. Also, we don’t contact your Facebook friends unless you invite them,” explains Microsoft during the signup process.

Those who wish to sign up for the service can hit on the ‘Try it’ prompt which appears on the website. It surfaces a pop-up box asking interested parties to sign in through their Facebook or Windows Live account. Once potential users have provided the necessary details, another window providing privacy information and requiring future members to assert that they’re 18 years or older, shows up. 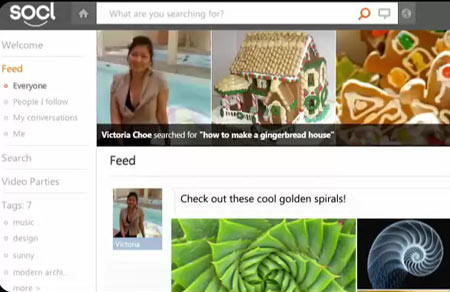 At present, people who register for a So.cl account may probably have to wait for a Microsoft So.cl invitation to wing its way into their inboxes.