Apps like TeamViewer now have an official Microsoft product to compete against, with the Redmond-based giant having launched its very own Remote Desktop app for both the Android and iOS operating systems. Available for download free of cost, this software enables you to control various functions on your computers from anywhere in the world using your smartphones or tablets.

The Microsoft product makes use of the Remote Desktop Protocol (RDP) in order to let you navigate a Windows machine almost seamlessly. It of course, doesn’t detect PCs automatically, which means you’ll need to keep your IP address at hand and tweak the necessary options on your desktops in order to use the app. 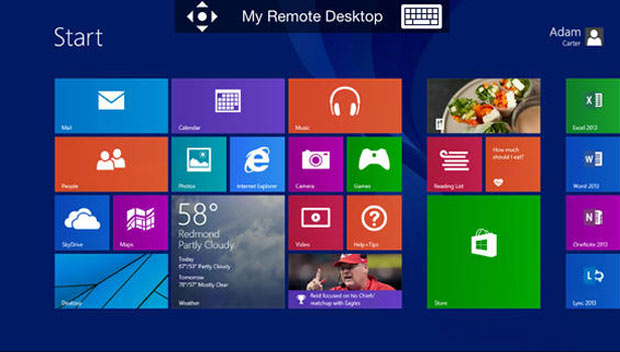 Microsoft Remote Desktop enables multitouch navigation as well as content streaming. Moreover, it even renders a management tool for multiple remotely connected devices. The company has assured that it establishes a secure connection to your data and applications by means of the Network Layer Authentication (NLA) technology.

This release marks yet another landmark in the company’s bid towards launching its products across Windows, Android and iOS platforms. While it has done so with a number of other products, the one which has a lot of anticipation surrounding it still is Microsoft Office for iOS.

The Microsoft Remote Desktop app was already available through the Windows Store prior to this launch, but a new and improved version of it is said to be in the works at the moment as well. Users can now head to the Google Play store and the iOS App Store to download the respective apps on their devices.