What started as a mere partnership back in February 2011, has now led to Microsoft acquiring Nokia’s device and services business. The Redmond giant is looking to expand its horizons further into the hardware sector and the latest move aims to accelerate the growth of its Windows Phone platform and even counter its biggest rival, Google, which purchased Motorola Mobility back in 2011.

The deal has been set at €5.44 billion which roughly translate to $7.2 billion in USD. In the acquisition, Nokia will sell off its entire device and services business which basically includes its Mobile Phones and Smart Devices units, design team, and company owned production facilities amongst others. The agreement also includes non-exclusive licensing of the Finnish company’s patents as well as its mapping services to the software giant for a period of 10 years. Once the transaction is closed, a workforce of approximately 32,000 will be transferred under Microsoft’s command. 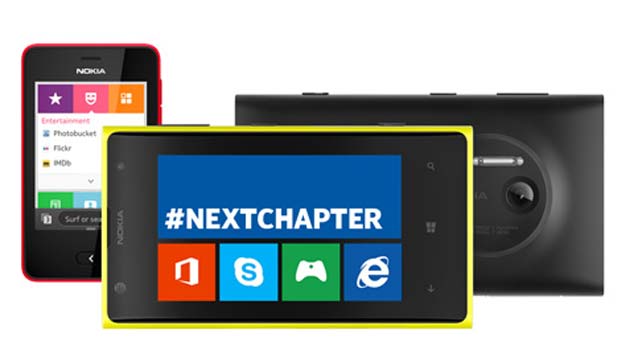 With this acquisition, we’re probably looking at deeper integration on software level. Microsoft, like Google, will continue to license its OS to other OEMs, even though it will produce its own hardware in-house. So what does all this translate to for Nokia? Well, the company has announced that it will focus on 3 markets in the future, namely network infrastructure and services, Here mapping and location services as well as Advanced Technologies. In an email to Microsoft employees, Steve Ballmer noted that Stephen Elop will join the company and will lead an expanded devices team, along with various others from Nokia.

The transaction is said to be completed sometime during Q1 of 2014. To sum it all up, Microsoft will be the main driver of Lumia phones and Nokia will focus on its own objectives.