You won’t have to wait till the MWC to get a glimpse of the Microsoft Lumia 435 smartphone as the company has already made the device official. And the handset wasn’t alone as a second affordable phone dubbed the Lumia 532 also made its debut at today’s launch.

Both phones are designed for the budget market and they carry super cheap price tags. The Microsoft Lumia 435 is the first release in the new 400 series and it’s being touted as the company’s most affordable release till date. The handset is tagged at just €69 and it comes in single and dual SIM options. 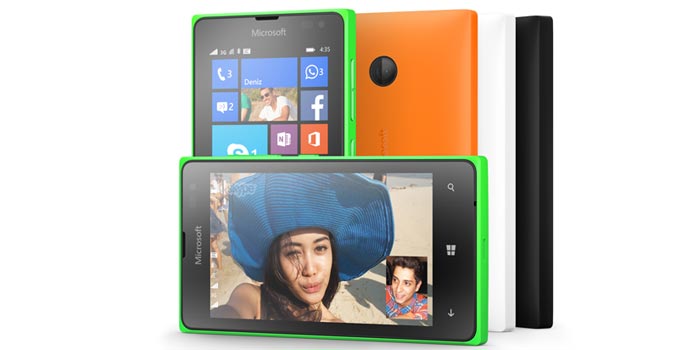 The phone is also the first in the Windows Phone 8.1 lineup to carry a 1.2GHz dual core Snapdragon 200 processor. What’s interesting is that Microsoft has thrown in dual cameras here, a VGA shooter on the front and a 2MP snapper on the rear. You also get ample memory with 1GB RAM, 8GB ROM and 128GB microSD expandability.

The phone also features a 4-inch WVGA LCD touchscreen and a 1560mAh battery. Coming to the Lumia 532 handset, this release is quite similar to the aforementioned handset, but it has slightly better features and will retail for €79. For example, the processor is bumped to a 1.2GHz quad core chip and the rear camera is rated at 5MP. 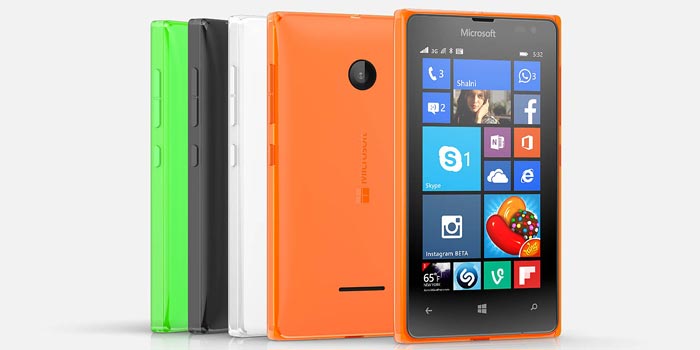 Here’s an in-depth look at the Microsoft Lumia 532’s specs:

The Microsoft Lumia 435 and Lumia 532 will go on sale starting next month in select markets such as Asia-Pacific, India, the Middle East, Europe and Africa.