If that 7GB cap on your Microsoft OneDrive account is proving to be annoying for you, fear not as the company has your problem covered. The amount of free storage any account is offered has now been increased to 15GB, whereas every Office 365 user will now receive a whopping 1TB of complimentary cloud space.

The 15GB cap brings OneDrive in line with Google Drive which has grabbed quite some popularity over the past few months thanks to its generous pricing. Every current account will automatically see this change once the user logs in. 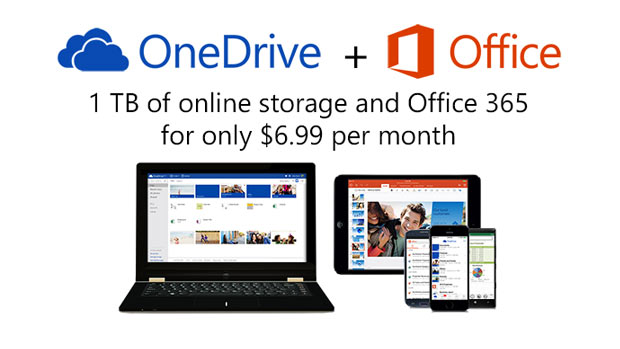 Microsoft was hitherto offering 20GB of cloud space for Office 365 users but like we said, that has changed in a big way and these folks will now get a 1TB package at no added price. This applies to the service’s Home, Personal as well as University versions.

Previously called SkyDrive, this service from the Redmond giant was launched back in 2007. It offers efficient cloud storage solutions to Internet users from all over the world, and can be accessed through any browser as well as various clients including those for smartphones and tablets.

There’s no doubt that this increase in free storage and reduction of prices will help it better compete with Google Drive.