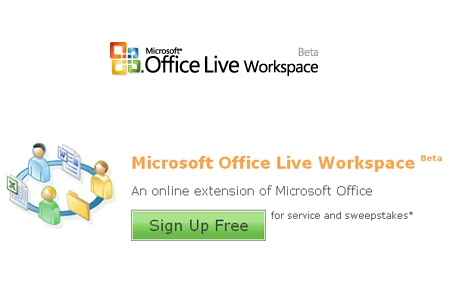 On Monday, Microsoft released the public beta version of the Office Live Workshop and additionally incorporated a slew of features to the service that users can club with the desktop version of Office. The Live Workspace was announced originally in October, then went into private beta in December.

It is important to note that Office Live Workshop is not an online version of Office, but a plethora of services through which users will be able to share and store documents on the internet. In anticipation of scaling up the service to its 500 million Office users, the software company has also deleted its wait list requirement. 13 universities are apparently participating in the beta.

According to Microsoft honcho Steve Ballmer, all of Microsoft’s “shrink-wrapped software” would in the long run have an online services component as part of the company’s software plus services initiative.

Five new features have been added to Microsoft’s Live Workspace, which includes the following:

The English-only public beta of Live Workspace is now available across the globe and Microsoft is in works of introducing other languages and end the service’s beta cycle later this year. The English-version is being offered free of charge and people can sign up for free at http://workspace.officelive.com.