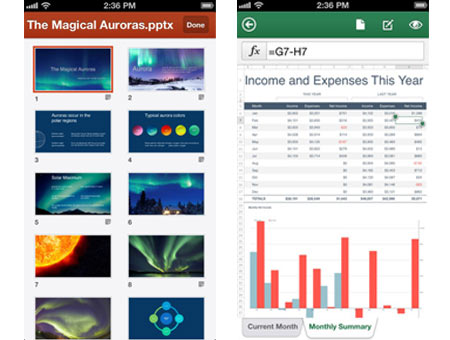 The Microsoft Office Mobile for iPhone app is here, but the makers of the Windows OS have decided not to release it for the iPad just yet. Those who are already planning to ditch iWork for the application in question will be a tad bit disappointed to hear that Microsoft is only making it accessible to subscribers of Office 365 Home Premium and Office 365 ProPlus.

Although it is available for free through the Apple App Store, it can be used only when people sign in to their 365 accounts, which in turn requires a subscription that sets them back by around $100 per year. As for the features of the application, it can be expected to carry out tasks which the Microsoft Office Mobile for Windows Phone does. These not only include opening the concerned documents, but also editing them while on the move.

It goes without saying that the Microsoft Office Mobile for iPhone program is compatible with Word, Excel as well as PowerPoint files and changes made to them remain intact even when they are viewed on a desktop computer. The official blog says that the company is committed to offering regular updates to its Office 365 subscribers and the app in question is one of them.

Especially designed for the relatively small touchscreen of the Apple smartphone, it tags along a Slide Navigator for easily skimming through PowerPoint presentations and Speaker Notes that facilitate practicing presentations on the run. Another advantage of Microsoft Office Mobile for iPhone is its Resume Reading function which remembers where users left off and allows them to continue from the exact point on their phones. 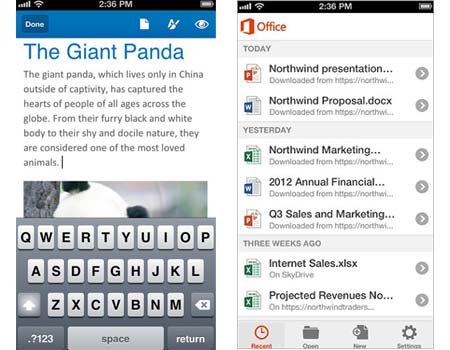 And what’s more, customers can not only edit their documents, but also add a number of other things such as animations, charts, SmartArt, graphics and more. Sharing these files with colleagues is extremely hassle-free considering that they can be forwarded as email attachments and users can even save them to SkyDrive. Content that has been opened on a computer automatically appears in the Recent Documents panel of the iPhone for instant access.

The Office Mobile for iPhone app is now available for 365 subscribers for free via iTunes. Those who haven’t signed up for the program and are confused if they should or not, can try out the trial version before shelling out the asking amount for the same.