Microsoft Office for Android and iOS revealed by screenshots

While Microsoft Office for Android and iOS has been chosen by the company to be kept a secret till date, some apparent screenshots of it have surfaced on the web. Sources in the know of The Verge have confirmed that early 2013 will see the company launching the software for its competitors’ platforms. Currently only Windows Phone devices are able to provide their users with the attributes of the suite.

Upon its release for the new platforms, it will supposedly be made available for free through the iOS App Store and the Google Play Store. And it will of course allow users to access Microsoft Office documents on the move. They would only be able to take advantage of the apps using their Microsoft accounts, just like with the SkyDrive and OneNote apps.

The Verge also mentions that while Word, PowerPoint and Excel documents will be accessible via the software, users who’d feel the need to edit them would be required to possess an Office 365 subscription. iOS users will be able to purchase these subscriptions from within the app, letting them make changes to their files while on the go.

Although a great deal of flexibility will be on offer, it is also being said that there’ll be many limitations as compared to the desktop Office versions. There have been a number of instances in the past wherein the said application has been spotted on devices other than Microsoft’s own.

It was only in October this year that the company’s Czech Republic subsidiary let out the fact that mobile versions of these apps for Android and iOS will be let loose March 2013 onwards. Currently, speculations are rife that the iOS version will arrive first in late February, and will be followed by the Android version in May. 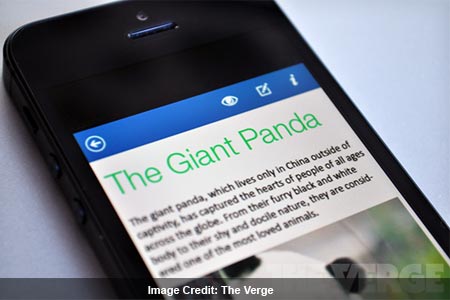 Microsoft has also been in the news recently for its rumored Xbox Surface gaming tablet which is said to kick in a 7-inch display and other advanced features. It will purportedly come equipped with a modified version of Windows 8. But just like Microsoft Office for Android and iOS, news about this device has been layered with a thick level of secrecy.