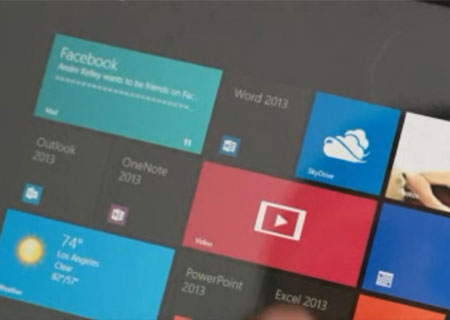 The Microsoft Office 2013 Customer Preview download has gone live, providing users a peek at the next iteration to the long-running Office suite of desktop applications from the Redmond-based giant. This new addition is said to feature an intuitive design that should make it all the more easier to use with different input methods such as touch, stylus, mouse and keyboard.

According to the developer, the software suite is capable of running on new Windows devices including tablets. Not only is it more touch-friendly than before, but it also packs in new capabilities. The OneNote and Lync application are the first new Office applications that are designed with the Windows 8 style. Moreover, it also integrates Skype which provides users with 60 minutes of free world minutes each month after subscribing to the service.

“We are taking bold steps at Microsoft,” commented Steve Ballmer, CEO of Microsoft at a press conference in San Francisco. “The new, modern Office will deliver unparalleled productivity and flexibility for both consumers and business customers. It is a cloud service and will fully light-up when paired with Windows 8.”

Moreover, the company has announced three new Office 365 subscription services that come with the 2013 editions of Word, Excel, PowerPoint, OneNote, Outlook, Publisher and Access. They include Office 365 Home Premium that’s aimed at basic consumers, Small Business Premium which caters to the needs of small businesses and ProPlus designed mainly for enterprise users.

The Microsoft Office 2013 Customer Preview download is now live trough the office.com/preview website. The software suite is only compatible with Windows 7 and 8 version of the platform. More details for the final release will be announced this fall. Moreover, it’s expected to come bundled with ARM-based Windows 8 devices including the Microsoft Surface tablet.