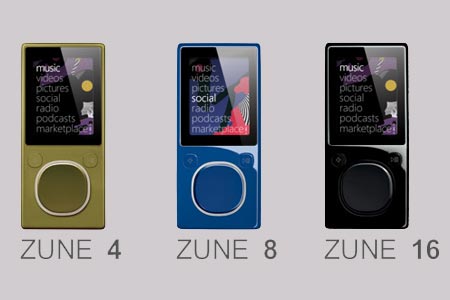 Making the most of the holiday season Microsoft has introduced price cuts to the Zune.

Apparently, these price cuts have been introduced in US and will soon follow in Canada.

Also Microsoft has released and updated version of Zune firmware – the v3.1 which has brought in three free games and various stability improvements.

Amongst the host of new changes made by Microsoft is the Zune Pass. The music service that offered consumers on demand access to millions of tracks for $14.99 per month will now let subscribers select 10 tracks per month and add them to their permanent collection, for the same price.

This will allow the subscribers to access the DRM-free tracks from SONY BMG and UMG along with MP3 tracks from EMI Music and Warner Music Group and others.