The Microsoft Surface Pro price drop was announced by the company only to be limited till August 29, but it has now gone on to convey that the tablet’s new retail value is here to stay. Citing ‘exciting’ customer response to the price drop, Mountain View has decided in favor of making it permanent. Despite this statement – received by NeoWin – it isn’t hard to observe that the device is certainly struggling in its sales owing to a number of factors. It now remains to be seen if its upcoming successor gives the Microsoft tablet project a new lease of life or not.

The aforesaid website has reported that this price cut will come into effect worldwide, as opposed to just the US. Microsoft, through its statement, has even revealed that touch covers for the tablet will be made cheaper now. A $40 price cut for them means that they will be selling at $79 each. And Surface RT bundles are to start being doled out with $50 discounts from now on. The Type Cover however, remains devoid of such a cut, and will still be sold at $129.99. 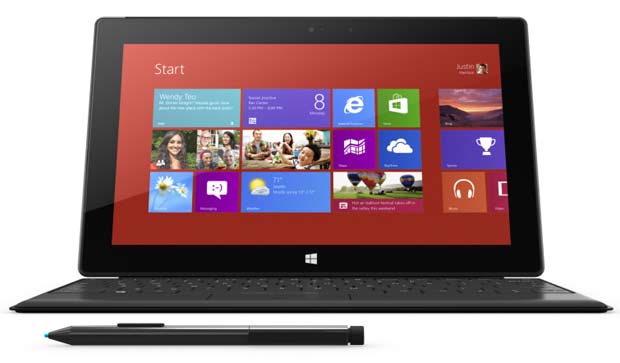 Earlier this month, Microsoft had brought the price of the Surface Pro down by $100 for the first time since its introduction last year. Following this, the 64GB and 128GB options of the Windows 8 slab began selling for $799 and $899, respectively. Prior to that, the Windows RT-equipped Surface tablet had got hold of a $150 cut in its US retail value, which later went on to go global.

Now although Microsoft has announced the Surface Pro being ready to go cheaper worldwide, it will indeed take some time for that to happen.