We’ve got more information on the upcoming Microsoft Lumia 640 to share as alleged specs of the smartphone have started doing their rounds online. What’s more, this device isn’t going to be the only new member in the 600 series as there’s a refreshed version of the Lumia 635 also in the works.

The Nokia Lumia 635 is the LTE variant of the Lumia 630 and as you probably know, both models have a mere 512MB of RAM. Owing to this, a lot of applications and games on the Windows store are not compatible with the smartphone. A 1GB model of the device was spotted on Norwegian carrier Telenor and it’s quite interesting to see Microsoft upgrade a previous phone when it has a new member arriving in the series. 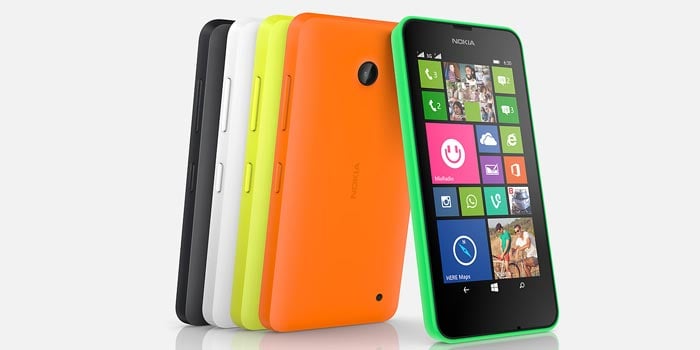 Now, you might be thinking that the new Lumia 635 variant could just be the Lumia 640. Well, we know that they will be two different smartphones since ROMs for the former have already started to show up on Microsoft’s servers and clearly indicate they’re for the 1GB model, reports WMPoweruser. And while the RAM has been increased, we could see other modifications like the addition of the front-facing camera.

We already know that there will be a dual SIM RM-1109 Lumia 640 handset (for the Brazilian market) and now NPU states that there will also be RM-1077 and RM-1072 models which will offer LTE and dual SIM capabilities, respectively. The report goes on to say that Microsoft will market the handset as a mid-range release with a PureView camera onboard and it’ll probably be priced at around $275.

Alleged specs of the Microsoft Lumia 640:

Seeing as the MWC 2015 is just a week away, Microsoft will probably launch the Lumia 635 along with the new Lumia 640 smartphone at the expo.