Microsoft is holding an event on November 26 in India where it is most likely going to launch its first WP8.1 smartphone without Nokia, the Lumia 535. The invite sent out to the media puts a lot of emphasis on the letter 5 which obviously points to the latest member in the entry-level 500 series.

Also it doesn’t make any mention of the smartphone in question, but NPU highly suggests that it’s the Microsoft Lumia 535. The handset was previously rumored to arrive in India by the end of November so this adds to the possibility of it getting launched in the next few days. However, we doubt that the company will make it available for purchase on the same day as its reveal. 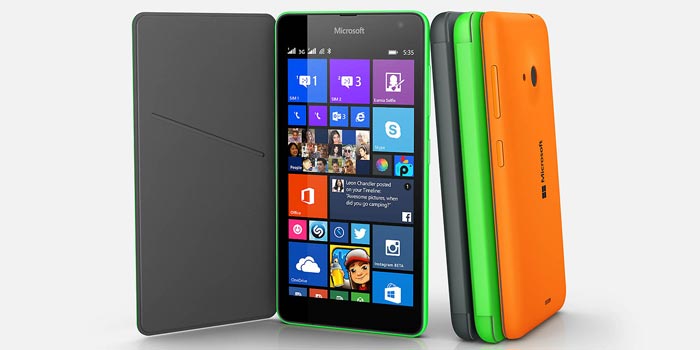 What makes this handset so popular is that it carries a cheap price tag of €110 and also packs a good deal of features. It runs on the latest Windows Phone OS release and is powered by a 1.2GHz quad core processor with 1GB of RAM.

Also read: Over 50 million Lumia devices have been activated till date, claims Microsoft

There are dual cameras as well, both 5MP sensors, and dual SIM card slots with HSPA+ connectivity. Additionally, Microsoft has thrown in a 5-inch qHD IPS display and a 1905mAh battery.

Microsoft Lumia 535 specs at a glance:

You should be able to pre-order the Microsoft Lumia 535 soon after it gets launched in India and we expect it to be released later this month or early December. Also, the phone isn’t likely to cost more than Rs 10000.