The Windows Phone ecosystem is booming, but only in the entry-level and mid-range segments and that’s where Microsoft is concentrating all of its efforts. The company will reportedly be launching new series of handset for the budget market and it won’t be focusing on a new flagship at least until the second half of 2015.

A report from Geek On Gadgets states that Microsoft will be offering new low-end devices at the MWC 2014 which takes place in March this year. Based on the information from their sources, the company is expected to reveal a new 6 series smartphone and we could also see the Lumia 430 go official as part of a new lineup. 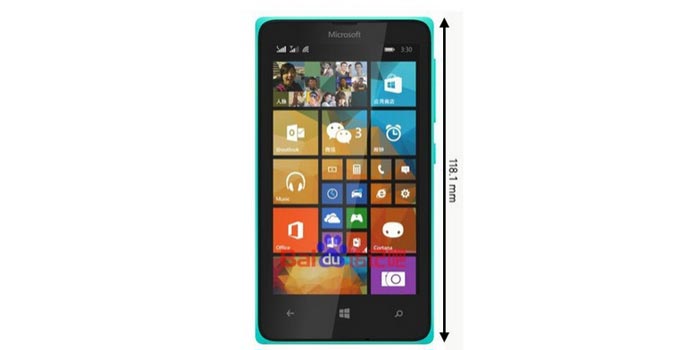 Interestingly so, the Microsoft Lumia 435 (pictured above) smartphone recently made its way through the FCC and it has been spotted in multiple versions including dual SIM ones. PhoneArena states citing NPU as its source that the handset has already been in testing in India and it’ll be a basic release with specs akin to that of the Lumia 530.

The above image shows that Microsoft will continue to offer the same design approach, albeit with slight tweaks. The phone is said to carry a 4-inch display with WVGA visuals and it will be powered by a quad core Snapdragon 200 processor.

Here’s a brief look at the known specifications of the Microsoft Lumia 435:

So with Microsoft focusing on entry-level phones like the Lumia 435, the Lumia 930 and 1520 will continue to hold flagship status, at least until September 2015. So would this mean that the Lumia 940 is a hoax?