Microsoft’s cheapest Windows Phone, the Lumia 435, has been officially launched in India and it’s already on sale through the company’s online store for Rs 5999. The handset is the first member in the 400 series and while it runs on WP8.1 with the Lumia Denim update, it has been confirmed to get bumped to Windows 10 as it becomes available.

The Microsoft Lumia 435 was officially launched last month along with the Lumia 532 smartphone which also caters to the entry-level segment with basic hardware. The handset in question has a pretty good roster of hardware for its price. It’s powered by a 1.2GHz quad core Snapdragon 200 processor with an entire gigabyte of RAM as backing. 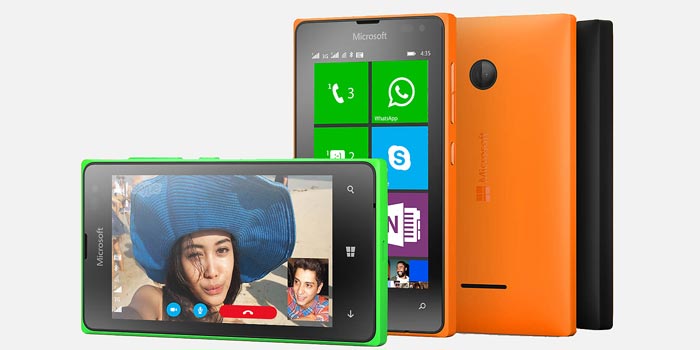 What’s more, Microsoft has thrown in a dual camera setup which was certainly not expected from the Redmond giant. The front offers a VGA shooter, while a 2MP sensor can be found on the rear sans an LED flash. Being an entry-level launch, the phone is fitted with a 4-inch WVGA LCD touchscreen.

Additionally, this version of the Lumia 435 comes with dual SIM card slots and 3G connectivity. Storage provisions are pretty great as well, with 8GB of internal memory and 128GB microSD support. Lastly, the phone has a 1560mAh battery capable of up to 11 hours of 3G talk time.

The Microsoft Lumia 435 is currently available in black and white through the Microsoft Indiatimes store, while the orange and green options are listed as coming soon.