We know that Microsoft will be launching the first Windows 10 devices at the MWC 2015 next month and it looks like the Lumia 1330 and Lumia 1335 handsets could be the first candidates. Both phones have already been certified by the FCC and a report notes that the company is also shipping dummy units into India.

The Microsoft Lumia 1330 and Lumia 1335 are essentially the same devices, but designed for specific markets. The phones are the successor to the popular Lumia 1320 phablet and will be a notable upgrade if rumors are to be believed. The former has the model number RM-1064 and will probably offer 4G LTE, while the latter will be known as the RM-1064 and it’ll be headed to developing markets like India and China with dual SIM card slots. 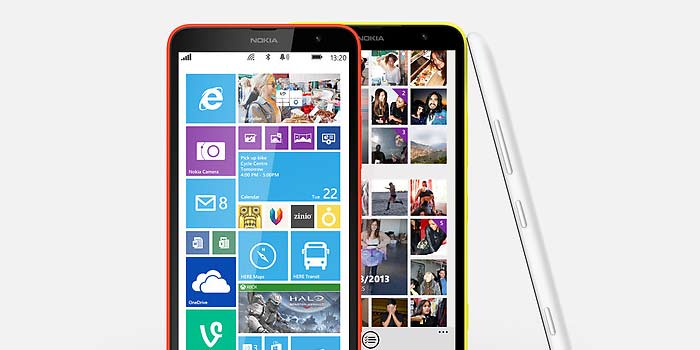 This Microsoft phone, however, won’t have 4G connectivity. GSMArena is reporting citing NPU as its source that the dummy units were spotted in three different colors, namely orange, white and cyan, which is pretty much expected from a Lumia smartphone. And we could see the phones go official in more shades.

Also read: Microsoft Lumia 435 comes to India and is on sale for just Rs 5999

The Lumia 1330/1335 will be smaller compared to the 6-inch Lumia 1320. The phone will carry a 5.7-inch 720p HD display and offer 1GB of RAM. These features aren’t really that exciting, but the interesting part is that the phablet will apparently pack 32GB of onboard storage and a 14MP PureView camera.

Here’s a roundup of the known Microsoft Lumia 1330 specs:

Seeing as the Microsoft Lumia 1330 and Lumia 1335 have received certifications and the company is already making preparations for their arrival, there’s a good chance that the phones might go official before the MWC 2015.